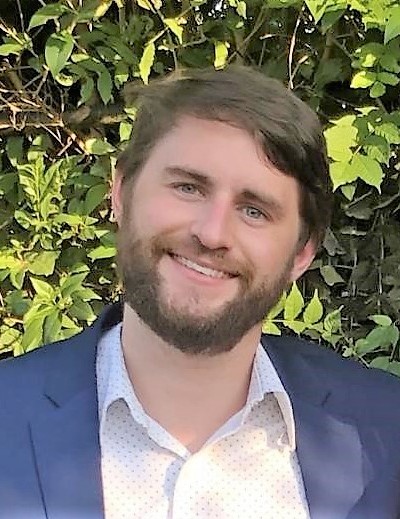 Our beloved son Ben died unexpectedly on Monday, January 27, 2020 at the age of 29. He is loved and mourned by his parents, Dana Spark and David Spark, his brother Colton Spark, all of Greenville, and his grandparents, Sandra Nishikawa, and Wayne and Michelle Currie. Ben also leaves his beloved cousins: Jessica, Shayna, Tyler, Kristin, Alex, as well as many aunts and uncles. He also leaves his beloved girlfriend, Sarah Vance, of Greenville, and her family.

Ben was predeceased by his grandparents, Muriel Spark, Derek Spark, and Bob Nishikawa.

Ben was born in the City of North York, Ontario, Canada, and grew up in South Carolina, graduating from Hillcrest High class of 2008. He attended College of Charleston, and resided with Sarah in Greenville.

Ben’s natural strength and athleticism was evident at an early age and enabled him to participate in many sports. He was an All Star Baseball player, and a cross-country and track runner. He played Rec Basketball and was an accomplished swimmer who specialized in the Breaststroke which resulted in many friendly competitions with his brother, Colton.

Although Ben possessed the talent of a star athlete, he was the ultimate team player who encouraged his teammates and preferred to set up plays rather than try to score on his own. He was motivated by the success of the team and his teammates more than that of himself. Ben also enjoyed coaching young swimmers and lifeguarding at the pool.

Ben had an amazing knowledge of sports and athletes both past and present. He enjoyed spirited discussions on any sports topic and was often referred to as a walking sports encyclopedia.

He had a generous heart and an enormous kindness that he shared with people and animals alike. After losing their beloved cat, Nubbs, Ben and Sarah adopted two cats from the Greenville County Animal Care. Soon after they received a call about a special needs cat who was in need of a home. Ben readily took Tipsy, as she became named, who had lost a leg. Ben knew he had found a kindred spirit, as he had lost a finger in a car accident.

Ben was a donor to the Children with Hair Loss organization, hoping someone would benefit from receiving his beautiful hair. He regularly put himself second to make others happy and to help those less fortunate than himself. And if the occasion arose, he would quickly put aside disagreements and conflicts in order to come together and support his family and friends. In recent years, Ben’s private struggles challenged him and he was thankful for the support of his family and closest friends. Ben will be remembered for the love he showed his family, Sarah and her family, his close friends, and his cats.

Although gone from our sight, Ben will always illuminate our hearts.

Friends are invited to greet his family at Thomas McAfee Funeral Home – Downtown Chapel on Sunday, February 2, 2020 from 2 p.m. to 5 p.m. A private family service will be held at a later date.

To leave a condolence, you can first sign into Facebook or fill out the below form with your name and email. [fbl_login_button redirect="https://thomasmcafee.com/obituary/Ben-Spark/?modal=light-candle" hide_if_logged="" size="medium" type="login_with" show_face="true"]
×