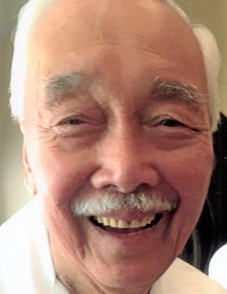 Born in Manila, Philippines, he was the son of the late Sergio and Victoria Dimanlig Jacala.

In addition to his wife, he is survived by his sons, Ariel Jacala and wife, Elvira, and Angelo Jacala and wife, Jem; grandsons, A. Paul Jacala, Jonathan Jacala, and Eric Jacala; sisters, Josefina Buzeta, Carmen Legazpi, and Marita Jacala; a brother, Reynaldo Jacala.

He was preceded in death by two brothers, Sergio Jacala, Jr. and Manuel Jacala; and one sister, Milagros Pascual.

There will be a Recitation of the Rosary on Tuesday, April 6, 2021 at 5:00 p.m. at Thomas McAfee Funeral Homes, Southeast followed by a Public Viewing until 8:00 p.m. The funeral Mass will be celebrated on Wednesday, April 7th at 10:00 a.m. in St. Mary Magdalene Catholic Church. All attendees are strongly encouraged to wear masks and follow CDC guidelines on social distancing.

In lieu of flowers, memorials may be made to St. Jude Children's Research Hospital, 501 St. Jude Place, Memphis, TN 38105.