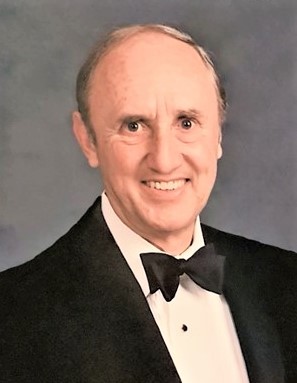 In addition to Al’s wife and parents, he was preceded in death by his daughter, Karen Hotz.

A graduate of the Villanova Preparatory School in Ojai, California, Al grew up surrounded by animals, including chickens, goats, and horses, which he often rode into town. His love of animals even drove him to work at a veterinary clinic when he was young. Al earned a Bachelor of Science and Engineering degree from Loyola Marymount University in Los Angeles, California. After marrying the love of his life, Gloria Panza, in 1953, Al earned a Bachelor of Science in Meteorology degree from Penn State while serving in the United States Air Force as a Lieutenant. He spent one year in South Korea as a meteorologist for the Air Force.

Al was a true visionary. He created and ran a successful civil engineering business for 25 years and obtained engineering licenses in California, Oregon, Nevada, Arizona, Utah, and New Mexico, where his work took him. After selling his civil engineering business, Al moved to Greenville, South Carolina to expand his thriving real estate business in which he owned and managed many properties, from shopping centers and apartment buildings to medical centers.

A disciplined worker who was very community-minded, Al also served on many professional organizations, including the California National Society of Engineers, California President of Consulting Engineers and Land Surveyors, and was the Director of the Los Angeles Chapter of Civil Engineers and Land Surveyors, as well as President for several terms of the California Westlake Chapter of the Rotary Club, of which he was the recipient of several Paul Harris Fellow Awards.

Al’s 66 years of marriage to his cherished wife Gloria, who passed away in 2019, was blessed by the birth of his two daughters, Karen and Kathy. Among his many passions was Al’s love of travel alongside Gloria. Together they extensively explored the United States and Canada, mostly in their various state of the art motorhomes. Al also enjoyed spending time in nature, boating, water skiing, playing ping pong, building, and creating – but most of all, he loved spending time with Gloria and his beautiful family.

Al will be dearly missed by all who knew and loved him.

The Recitation of the Rosary will be held Sunday, April 25, 2021 at  6:00 PM at Thomas McAfee Funeral Homes, Southeast. The Mass of Christian Burial will be celebrated Monday, April 26, 2021 at 10:00 AM at St. Mary Magdalene Catholic Church. Burial will be in Graceland East Memorial Park. All attendees are strongly encouraged to wear masks and follow CDC guidelines on social distancing.

Family and friends who are unable to attend the service can view the Live Stream by clicking the link below.