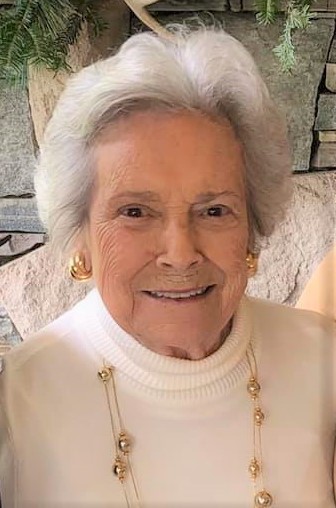 Anne Summers Turner passed away peacefully on Wednesday, February 3, 2021 surrounded by her family.  The daughter of Samuel Jacob Summers, junior, and Fair Snelson Summers, Anne was born in Cameron, SC, on October 29, 1932.

While a student at Winthrop College, she met the love of her life, Clarence Ross Turner, junior.  They married on November 27, 1952 and were completely devoted to each other.

Anne loved working in the yard, carpooling her grandchildren, playing bridge, arranging flowers, and spending time with her family, especially at Litchfield Beach and while tailgating at Clemson. She was a great cook and was known for her delicious cakes.  She was full of joy, grace, strength, and compassion.  She was an example to all who knew her.

Anne volunteered for many schools, clubs, and organizations over the years.  She was a member of Eastlan Baptist Church and was chosen to chair the Eastlan Sanctuary Building Committee, which dedicated the new sanctuary in 1992.  She was also instrumental in the growth of The Turner Agency, founded by her husband in 1962.

Funeral services will be held at NewSpring Church Eastlan Campus, 625 S. Pleasantburg Drive on Monday, February 8, at 11:00 a.m.,. Masks are required, and social distancing is encouraged. The service will be live streamed on The Turner Agency Facebook page for those unable to attend, with burial to follow at Greenville Memorial Gardens.

The service will be live-streamed and recorded for those who are unable to attend.

Her family is grateful for the care she received from Dr. Eric Faile, along with Dawn Harkins and the caregivers of Sitters Registry.

In lieu of flowers, memorials may be made in memory of Anne Turner to the Samuel J. Cadden Chapel, Clemson University Foundation, Post Office Box 1889, Clemson, SC 29633.