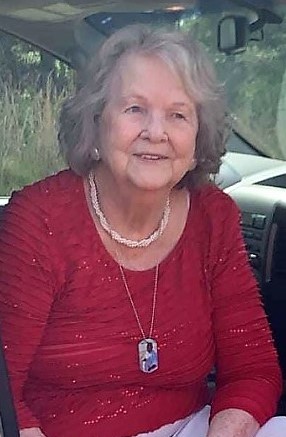 Betty Kathleen Kirby, 89, wife of the late Wayne Lewis Kirby, passed away Saturday, January 21, 2023, one day before her 90th birthday.

Born in Trion, GA, she was the daughter of the late Cheel and Gladys Brown Lancaster.

Betty was a member of Augusta Road Church of Christ. She retired from Stone Manufacturing. Afterwards, she was a secretary for Coleman’s Body Shop, which was in business from 1996-1999, with two of her children.

In addition to her parents and husband, she was preceded in death by siblings, Helen Bandy, Horace Lancaster, and Billy Ray Lancaster.

The family will receive friends on Tuesday, January 24, 2023 from 7:00 p.m. until 9:00 p.m. at Thomas McAfee Funeral Homes, Downtown. The funeral service will be on Wednesday, January 25, 2023 at 1:00 p.m. at Augusta Road Church of Christ. Burial will follow in Greenville Memorial Gardens.