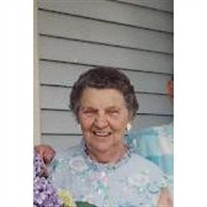 May 21, 1911 - August 11, 2004
Print
Email
Catherine P. Roncevich, 93, of Sterling House in Greenville, entered peacefully into eternal life on August 11, 2004. Catherine devoted her life to her family; she was an exceptional and loving wife, mother, grandmother, great-grandmother, aunt and sister. Mrs. Roncevich was born in Philadelphia on May 21, 1911 to the late Anton Pekich and Elizabeth Hromcho. She lived in the Philadelphia area for over 60 years before moving to Greenville, SC in 1976. She shared her bright smile, loving disposition, generous spirit, and incomparable cooking abilities with anyone fortunate enough to have known her. Catherine lived her rich and full life guided by a firm faith. She recognized every blessing that came her family?s way with a sincere ?God has been good to us.? She is survived by her son, John E. Roncevich and wife, Maureen of Greenville; and her daughter, Joan R. Clements and her husband, Jack, of Aiken. Mrs. Roncevich or ?Grammy? was truly adored by her grandchildren: Sharon Baxter and husband, Lawrence; Susan Siragusa and husband, Joseph; John Roncevich, Jr. and wife, Amanda; Maureen Hall and husband, Andre?, all of Charlotte, NC; Christopher Clements and wife, Jennifer of Augusta, GA; Anne Hinek; Ruth Greer and husband, Kevin; Brian Clements and wife Kathleen, all of Virginia and Amanda Butler and husband, John, of Maryland. Also surviving her are eleven great-grandchildren in Charlotte, NC; a sister in Montana; a brother in New Jersey, and many loving nieces and nephews. She was preceded in death by and is now joyfully reunited with her beloved husband and best friend of 67 years, Emil J. Roncevich; her youngest grandson, Michael J. Roncevich, three sisters and a brother. The family will receive friends from12:45 until 1:30 p.m. on Monday at Prince of Peace Catholic Church in Taylors, SC. The Mass of Christian burial will follow at Prince of Peace Catholic Church at 1:30 p.m. A graveside service will be held immediately afterwards at Graceland East Memorial Park in Simpsonville. In lieu of flowers, memorials may be made in Catherine?s name to Prince of Peace Catholic Church, 1209 Brushy Creek Road, Taylors, Sc 29687 or Hospice of the Upstate, 1835 Rogers Road, Anderson, SC 29621. The family wishes to express its immense gratitude to Catherine and Emil?s special angel, Caroline Fratturo. 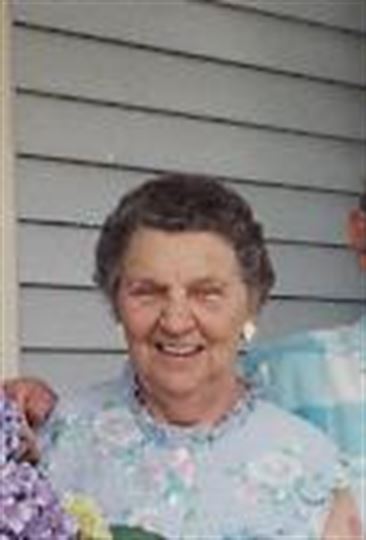