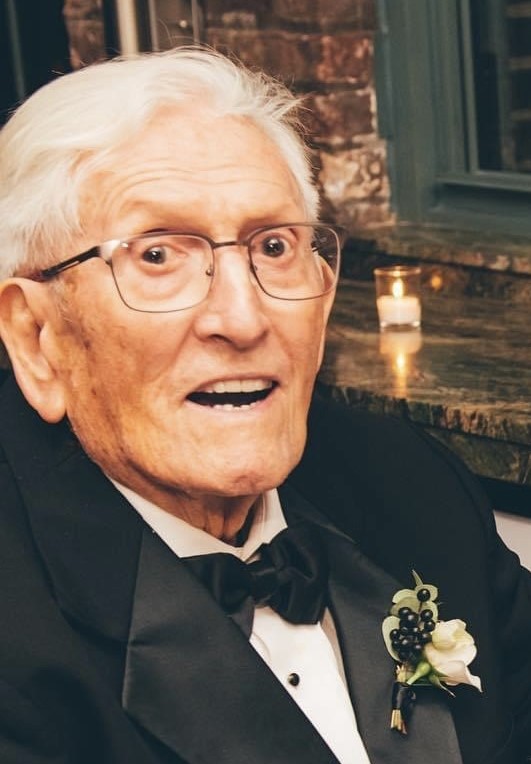 A child of the mill villages of Poe and Judson, he was born the only son of the late Chesley Herbert Crews, Sr. and Natalie Hamilton Crews.

Mr. Crews served as a crew chief on a C-47 troop carrier in the US Army Air Corps 442nd Operations Group during World War II. He participated in the European Theater in the Liberation of Rome (Arno), Operation Overlord (Normandy D-Day), Operation Dragoon (France), Operation Market Garden (Holland), the Battle of the Bulge (Belgium), Operation Plunder (Rhine River) and the liberation of Dachau Concentration Camp. Crews and his unit earned six battle stars and a Presidential Unit Citation for efforts during the D-Day invasion. Following V-E Day, he left Active Service as a T/Sgt.

Mr. Crews was a 1943 graduate of Parker High School and 1947 graduate of Furman University. He retired as president of Dewitt International, after a long career as a realtor, vice president of sales for Texize Chemicals, and in other roles where his warm and genuine personality was an asset. He served as a community volunteer with the Heart Association, Bethany Services, and the Greenville County Redevelopment Authority and served as a board member for several years at Covenant College in Lookout Mountain, TN. He was a founding member of Mitchell Road Presbyterian Church where served as an elder, elder emeritus, and Sunday School teacher.

He was preceded in death by his son, Robert Alan Crews, and his wife and sweetheart, Sue Cobb Crews.

The family expresses gratitude to all who loved and cared for Mr. Crews, particularly Brenda Gray, Brooks Griffith, Mike Delello, and Pam Messer.

Condolences may be sent to the family by clicking on the “Leave A Message, Share A Memory” button on the main obituary page.