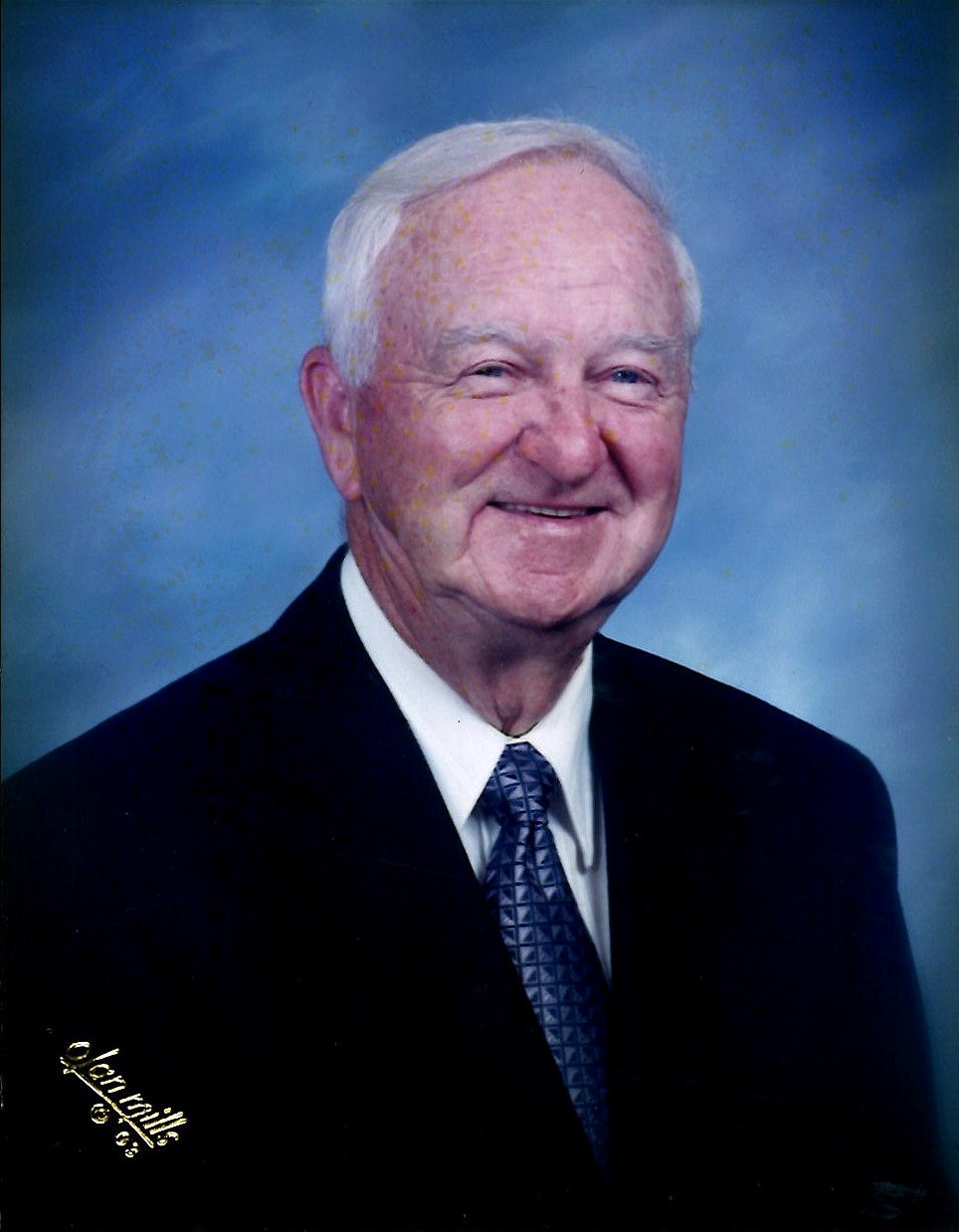 Clarence Eugene (Dick) Compton, Jr., of Greenville, went to be with the Lord on Monday, September 27, 2021.

Born in Greer on August 6, 1926, he was the son of the late Clarence Eugene Compton, Sr. and Lucy George Compton.

Dick was the owner and operator of Clarendon Company, specializing in industrial heating and air-conditioning, and a member of Mechanical Contractor Association. His company was one of the original organizations of establishing the Greenville Chapter of American Society of heating/air-conditioning engineers (ASHRAE) in Greenville.

He was a member of Taylors First Baptist Church, Tyler/Shaw Sunday School Class, an usher and greeter for XYZ Senior Fellowship. He was a 32nd-degree Mason, a shrine, and a former chairman of Stewarts of Piedmont Park Methodist Church.

At age 17, he enlisted in the Navy and served in two wars, WWII and Korea. A true patriot, he flew the American flag from his front porch every day. He was a member of the Korean War Veterans Association #301.

Dick was an avid golfer and one of his proudest moments was making a hole-in-one at Pebble Creek Country Club with his long-standing foursome.

The family wishes to thank Honor Flight Upstate South Carolina for flying Dick to Washington, DC in September 2011 in recognition for his service in WWII. It was one of his most honored days.

The things most important in life to Dick were his family, friends, and church. In his presence, you always felt loved.

He was preceded in death by his first wife, Virginia Hughes Compton.

In lieu of flowers, memorials may be made to Shriner Hospital for Children, www. donate.lovetotherescue.org.

To leave a condolence, you can first sign into Facebook or fill out the below form with your name and email. [fbl_login_button redirect="https://thomasmcafee.com/obituary/clarence-eugene-dick-compton-jr/?modal=light-candle" hide_if_logged="" size="medium" type="login_with" show_face="true"]
×