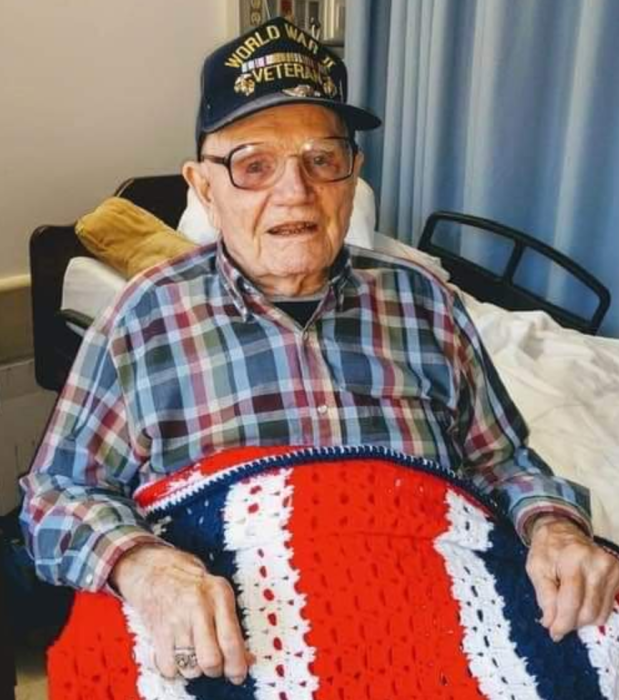 Born in Simpsonville, SC, he was a son of the late John W. and Zenobia Whitted Spearman. Mr. Spearman honorably served in the US Marine Corps during World War II, retired from the textile industry in 1985, and was a faithful member of Washington Baptist Church in Greer.

Funeral services will be held at Washington Baptist Church, 3500 N. Hwy 14, in Greer on Tuesday, September 29, 2020 with visitation from 12:45 p.m. to 1:45 p.m., followed by the funeral service at 2:00 p.m. The family kindly requests that everyone in attendance wear a mask and practice social distancing. Burial will follow in Graceland Cemetery West, Greenville.

In lieu of flowers, memorial donations may be made to Kingdom Vision at Washington Baptist Church.

Thomas McAfee Funeral Home, Downtown has care of his arrangements.

From the Halls of Montezuma

To the shores of Tripoli

We fight our country's battles

In the air, on land, and sea

First to fight for right and freedom

And to keep our honor clean

We are proud to claim the title

Our flag's unfurled to every breeze

From dawn to setting sun

We have fought in every clime and place

Where we could take a gun

In the snow of far-off Northern lands

And in sunny tropic scenes

You will find us always on the job

Here's health to you and to our Corps

Which we are proud to serve

In many a strife we've fought for life

And never lost our nerve

If the Army and the Navy

Ever look on Heaven's scenes

They will find the streets are guarded