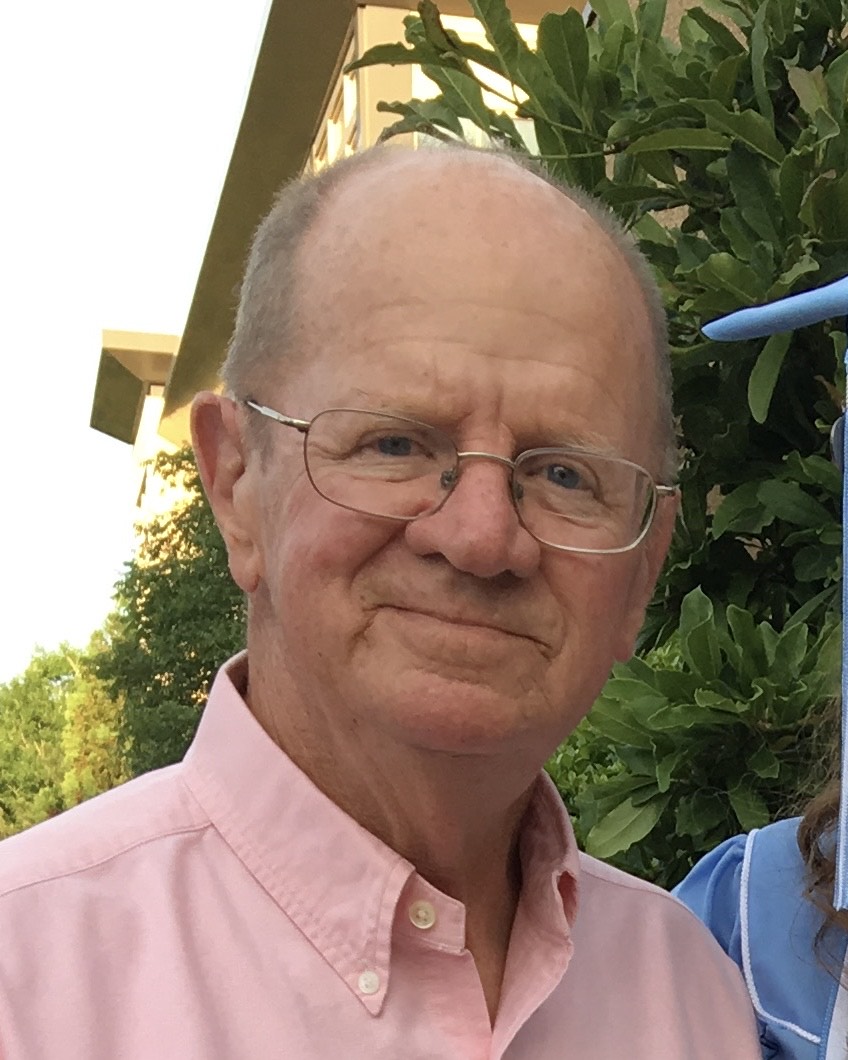 Daniel “Dan” Joseph Thompson II, 82, peacefully transitioned from this life into the presence of his Lord on Saturday, July 16, 2022, after his over 1 year battle with metastatic Melanoma.

Dan was born in Geneva, IL on February 3, 1940, and moved to Clearwater Florida as a young boy. He graduated from Florida State University, where he met Barbara, his late wife of 54 wonderful years. Dan proudly served in the U.S Coast Guard shortly after graduating, where he cherished the adventure, camaraderie, and life on the ocean. Dan and Barbara married in 1963 and lived in New Orleans, Philadelphia, Fort Lauderdale, and then Miami, where they were for 12 years, until moving to Greenville, SC in 1983. Dan and Barbara were dedicated members of Mitchell Road Presbyterian Church since that very first year.

Those that had the privilege of knowing Dan knew him as a wonderful husband, father, grandfather, friend, and neighbor, but also as the artist, helper, advocate for others, dreamer, peace-maker, and eternal optimist.

Dan was a devoted husband that was gentle, kind, and funny. He was thoughtful in his gifts and had a true talent in writing letters, notes, and cards. He never took Barbara for granted, and, even after she passed, praised her for how much work it must have been for her to maintain the house and cook, in addition to all of the people she served.

He loved his children and grandchildren fiercely, and made each day special. He spelled out their names with pancake batter on weekends, had art projects waiting for them, and sent the best emails and texts—AKA “Papagrams”—when they were apart. He was truly a kid at heart himself, enjoying setting up his trains and Christmas Village each year, and getting down on the ground to play with his grandchildren and even great-grandchildren, as long as he was able. He was forgiving, allowing them to grow in their own time. He was a great listener, was full of wisdom and advice, but never judged others for their mistakes and saw people for who they were at their core.

In Dan’s spare time, he loved painting, carving, and creating. He saw beauty in everything around him and joy in everyday things—watching the birds, seeing the wind rustle the leaves in the trees, and noticing what the clouds looked like each day. He was an incredibly talented artist, poet, writer, and more, and although we all enjoyed these talents, it’s not why we loved him so much. His true talents were making people feel loved and appreciated.

Dan’s friends and neighbors knew they could always call on him. It was Dan’s compassion and empathy for others that always shone through and made the biggest difference to the people he met. Throughout his life, he worked in Human Resources and helped start the Gateway House in 1983 for the poor and mentally ill in Greenville. He even spent time talking with and getting to know each and every customer he had while working as a car salesman for Breakaway Honda. He kept up a relationship with a man in prison and extended his hand when he could provide housing or help someone find work. If you weren’t too far gone for God, then you weren’t too far gone for Dan. He was an advocate for people always, and he cherished his ability to help and serve, and tried hard to continue to do so, even when his illness made it difficult. In the last year, through his cancer journey, he was still thinking of those who didn’t have family to step in and help at home, or speak up for them in the hospital. He often brought up ideas on how to connect retirees or volunteers with people who needed someone by their side through an illness like his.

Dan lived life to the fullest. Even though he was at peace with going to heaven, knowing it was in God’s timing, he fought hard to keep experiencing new things and being there for others. A few days before Dan passed, he told his daughter and granddaughter “thank you for loving me,” but how could one not love Dan? That’s what he did all his life—love people, and really it should be us thanking him for loving us as much as he did, when we didn’t always deserve it.

To celebrate the precious gift of Dan’s life, a service will be held on Saturday, July 23, 2022, at 2:00 PM at Mitchell Road Presbyterian Church with a visitation to follow.

Friends are encouraged to share their favorite memory of Dan for the family by clicking on the button labeled “Leave A Message, Share A Memory” below.