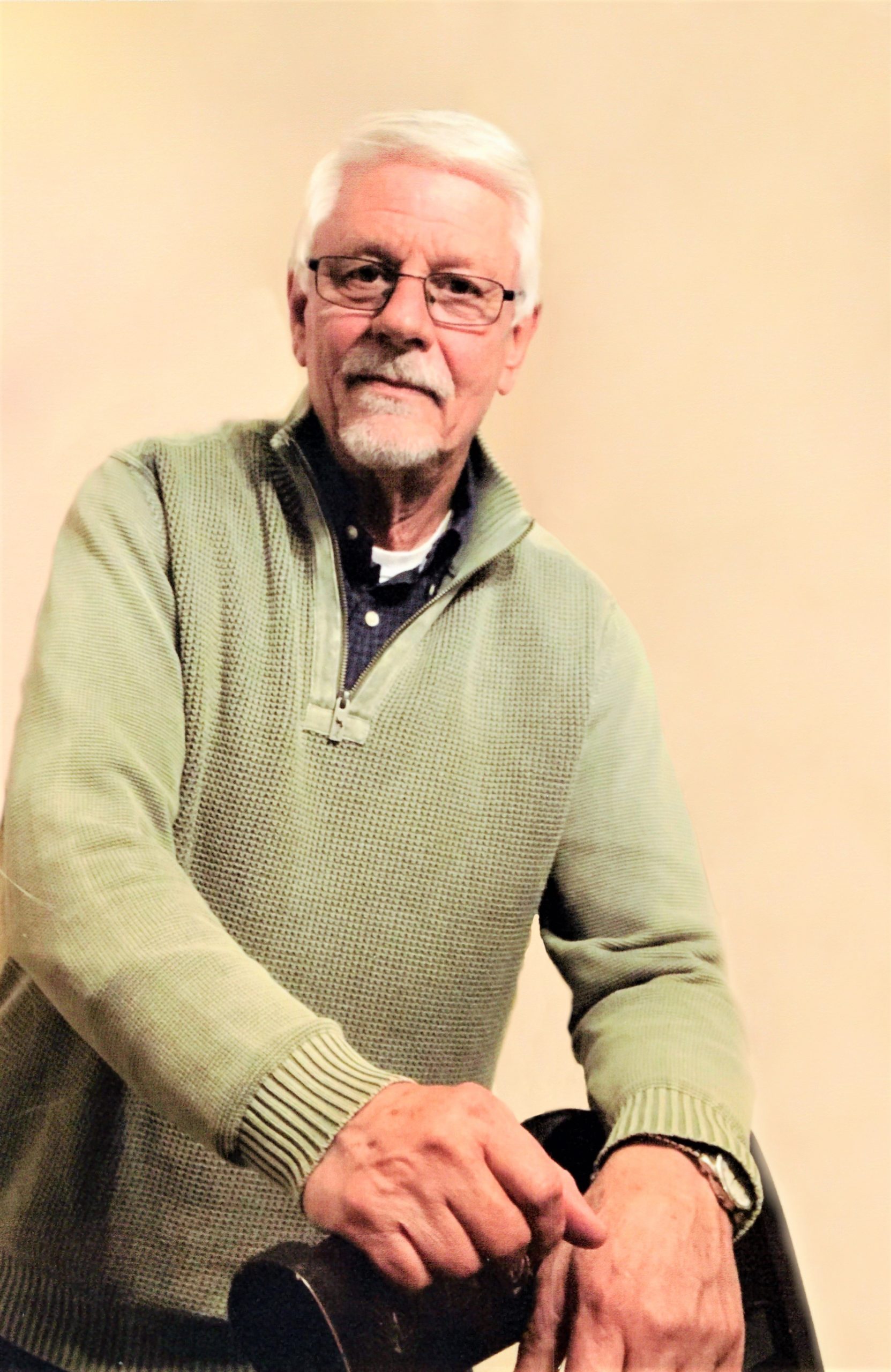 David Gray Turner, 73, known to his family and friends as “Dave”, died on November 9, 2021, in his home in Simpsonville, SC after a yearlong battle with lung cancer.

As the legend goes, Dave was born in an elevator at Greenville General Hospital on October 31, 1948, in Greenville, SC. He was the youngest of three children born to George and Joyce Turner and lived most of his childhood in a 1930’s craftsman style house on Pettigru Street in Historic Downtown Greenville.

In his early years, Dave, or David if his mother was addressing him, was known as quite a rebellious kid. At the ripe old age of 8, he snuck away from a Travelers Rest Hospital and walked 10 miles home, just because he didn’t want his tonsils removed. He was known to train-hop around Piedmont, SC, accompanied by his cousin, Jim Hollis, seeking out adventures wherever fate would lead them.

Dave attended Greenville High School where he played football and the trombone in the band. Dave was also a very good singer and enjoyed playing the guitar. After graduating from GHS in 1966, Dave attended Western Carolina University in Cullowhee, NC as a theater major. However, after two years of college, he felt the pull to serve his country in Vietnam. In 1968, he enlisted in the Marine Corps and attended boot camp at the Marine Training Center in Parris Island, SC. As a Corporal, Dave served honorably as a combat engineer in Vietnam from 1969 to 1970. He was awarded the Purple Heart after being wounded by an enemy mine, but like many veterans, he was reluctant to talk about his time in Vietnam.

Following his military service, Dave returned to Greenville. He met his wife, Victoria Buchanan, while working for Fluor Daniel, and they were married on December 1, 1983.

To his family, Dave was larger than life and was infamous for his “sermons”, life lessons, confident stride, and dry sense of humor. It was often said that Dave missed his calling in life and would have been excellent behind the pulpit. He could often be found on the back porch drinking sweet tea and listening to Rock or Jazz music or sitting in his library reading a Tom Clancy book. He loved to watch NCIS, CSI, and Blue Bloods and enjoyed cooking and grilling out, and was, perhaps, the World’s Greatest Turkey Carver.

Dave was also quite the self-taught handyman and became the family’s go-to person for whatever problem needed to be solved. Anxiety eased and everything looked sunnier the moment his little red Ford truck was spotted rolling up a driveway.

Dave and Vicki spent endless hours together creating their beautifully landscaped yard they considered a haven. As for sports, Dave loved the Green Bay Packers and the Carolina Panthers and many fall Saturdays were spent surrounded by family watching the Clemson Tigers. He enjoyed fishing and the outdoors. He took his family on great vacations across the US from Disney World, to Pittsburgh and Washington DC, as well as Kiawah Island off the SC coast. He taught all of his kids how to ride a bike, drive a car, and he even tried out coaching T-Ball, for his son, Eric’s, first team sport. Dave would do anything for his family and could always be counted on no matter what was needed or where he needed to go to help them.

Dave found his niche when he went to work for Westinghouse in 1988. At Westinghouse, he began to acquire the knowledge and skills that would eventually lead to a 30-year career in the Nuclear Energy industry, and his career took him all over the world. His job sites were in places all over the US and Canada as well as in Thailand and Europe. Dave’s friends and family would often ask him what he did for a living…and it is still a topic of intrigue and debate. Asking that question might lead one the need to find a comfy chair and a few hours of free time, and perhaps even an adult-beverage. There is no arguing that Dave had a tremendous impact on those that worked alongside him. He was an expert at his craft and a tireless worker that people admired and respected. He was affectionately referred to as “Bootstraps” by his friends and coworkers in Canada.

Dave loved his family and certainly his wife, “Vick.” No one missed Thanksgiving or Christmas Eve at the Turner household, where Dave and Vicki would spend hours preparing dinners that dazzled all that were in attendance. He loved spending time with his 5 grandchildren who all referred to him as “Papa.”  He was a good man, husband, father, and grandfather, and was as talented as they come. Dave was without a doubt, one-of-a-kind! The memories of his life and the time spent with him will be cherished by all who knew him.

To leave a condolence, you can first sign into Facebook or fill out the below form with your name and email. [fbl_login_button redirect="https://thomasmcafee.com/obituary/david-turner/?modal=light-candle" hide_if_logged="" size="medium" type="login_with" show_face="true"]
×