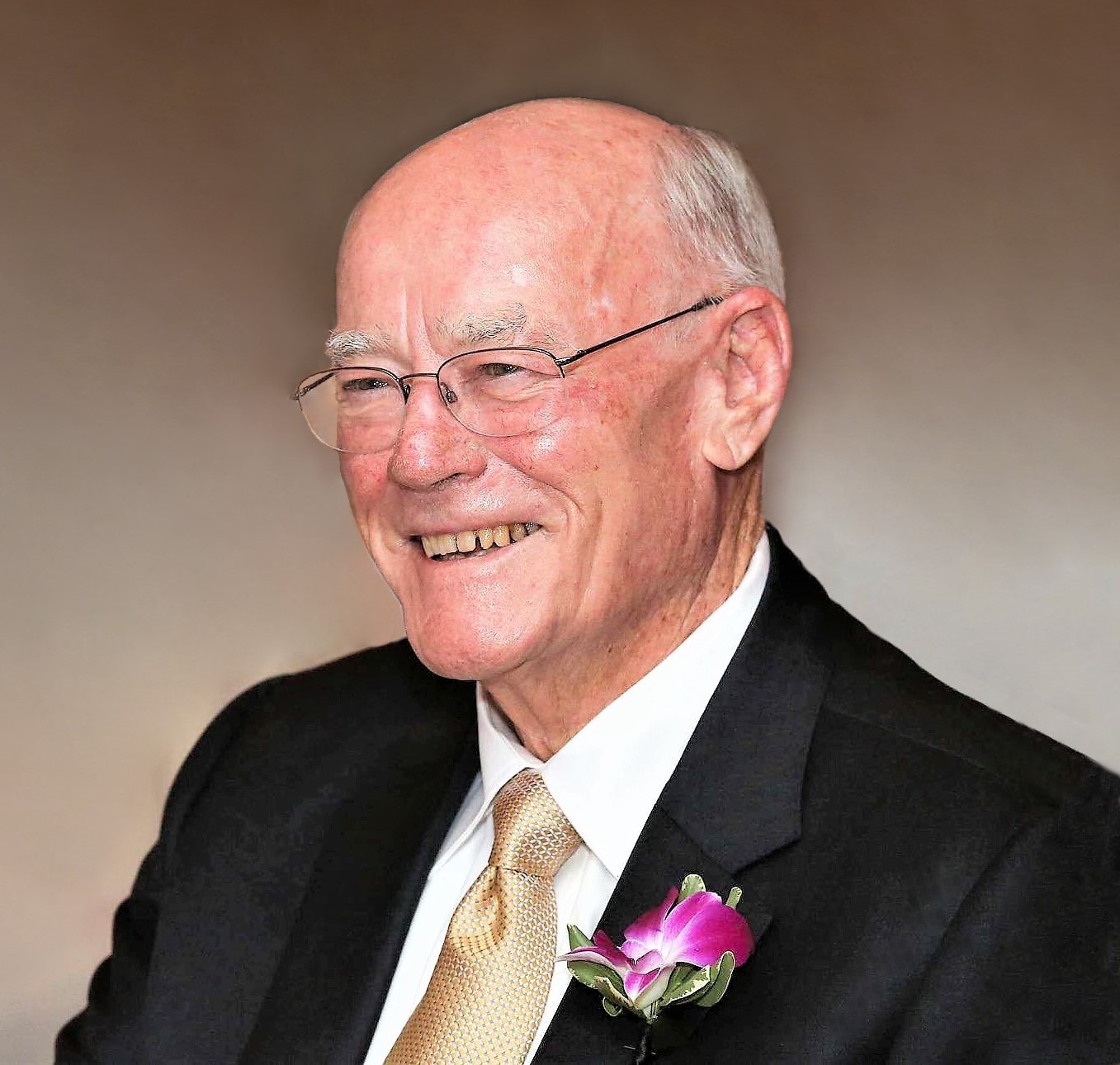 Donald George Ashe, 94, of Rolling Green Village in Greenville, SC, went to be with His Lord after a struggle with illnesses surrounded by his family on Saturday, October 2, 2021.

Born in Chile, he was a son of the late Michael and Martha Carroll Ashe. While visiting his sister, Carroll, a Registered Nurses at the Mayo Clinic in Rochester, MN, Don was introduced to her fellow Nurse and roommate, Charlene Garland. Charlene became the love of his life, and they were married for 60 years until her passing in 2010.

Don spent his young years at the remote mining community near Chuquicamata, Chile until his teens when he moved to Arizona. He graduated from Bisbee High School in 1945 and enlisted in the US Navy where he served his country overseas. After completing his tour of duty, Don attended and flourished at the Colorado School of Mines in Golden, CO where he received his degree in metallurgical engineering. After graduation, he began his career in the mining industry at the Cananea Copper Mine in Cananea, Mexico. In 1954, he moved his young family to Broomall, PA where he went to work for Allen Sherman Hoff Company and was later promoted to president and partner of the A-S-H Pump Division. Throughout Don’s long and very successful career in the mining pump industry, he became a knowledgeable and well-respected leader in the field both across the United States and internationally.

Don was a kind and caring husband, father and friend and extended that generosity and spirit through his involvement with the St. Vincent de Paul Society. In his retirement years, he and Charlene enthusiastically devoted many years to this worthwhile organization while they were living in Naples, FL.

He is survived by his daughters, Michele Peterson (Ronald) of Simpsonville, SC and Cynthia Brown (Mark) of Greenville, SC; his Sons, David Ashe (Donna) of Exton, PA, Douglas Ashe (Susan) of McMurray, PA, and Daniel Ashe (Cindy) of Hatboro, PA; and a daughter-in-law, Margaret Ramos Ashe of Juneau, AK. Don was known as “Poppy” to his 17 grandchildren and 22 (and counting!) great grandchildren, all of whom he affectionally called his “Amigos”.

In addition to his first wife, he was preceded in death by his oldest son, Donald Garland Ashe of Juneau, AK in 2009; his brother, Herbert Ashe; his sister, Carroll McIver; and most recently, his second wife of seven years, Rita Peeples of Greenville, SC.

A private family service will be held in Greenville, SC where he will be interred with his beloved Charlene.

In lieu of flowers, the family requests donations to be made in Don’s name to the Society of St. Vincent de Paul, 4451 Mercantile Ave, Naples, FL 34104, https://www.svdpnaples.org/donate.

To leave a condolence, you can first sign into Facebook or fill out the below form with your name and email. [fbl_login_button redirect="https://thomasmcafee.com/obituary/don-ashe/?modal=light-candle" hide_if_logged="" size="medium" type="login_with" show_face="true"]
×