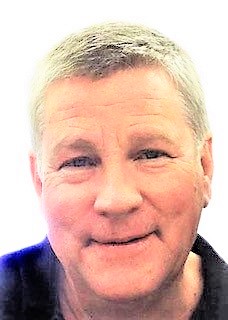 On Wednesday morning, October 28, 2020, Donald A. Weaver, loving husband and father, passed away at the age of 65.

Don was born on August 27, 1955 in Miami, FL to William H Weaver “Bill” and Mildred M. (Harrington) Weaver “Mimi”. He attended the University of South Florida in Tampa, FL. He worked for 31 years in senior executive roles with the Winn Dixie Corporation until 2004 when he established a discount grocery business serving Greenville, SC and surrounding communities. Don married Sandee Gayle Dobson on October 11, 1980, and they raised two sons, Matt, and Drew.

First as a young boy and continuing throughout his life, Don found purpose and satisfaction in working hard and pursuing excellence in all that he did, and he inspired others to do the same. His sense of what was right extended across his business pursuits and to the community services about which he was equally passionate – particularly to those affecting people less fortunate than himself. He cared deeply about defending children from abuse, feeding those in need, and supporting the officers that protected the communities where he lived and worked. He cared even more deeply about his family to which he was totally and selflessly committed. Those closest to him saw a sentimental side, a unique and sometimes quirky sense of humor, and were left wondering what was behind that mischievous and knowing smile.

Don is survived by his wife, Sandee; sons, Matt and his wife, Jennifer, and Drew; grandson, Connor; brothers and sisters, Tim Weaver, Bill Weaver, Marie Clark, Diane O’Neill, and David Weaver; and many cousins, nieces, and nephews. He was preceded in death by his father, Bill, and his mother, Mimi.

Although no formal Receiving of Friends will be held, friends may pay their respects on Sunday, November 1st between 4:00 p.m. and 6:00 p.m. at Thomas McAfee Funeral Homes, Southeast Chapel. The family appreciates those in attendance following the CDC recommendations on wearing a mask and social distancing.

Sandee requests that in lieu of flowers, friends donate to Don’s favorite charity, Defenders for Children at defendersforchildren.org; or to the ALS Association at websc.alsa.org if they wish.