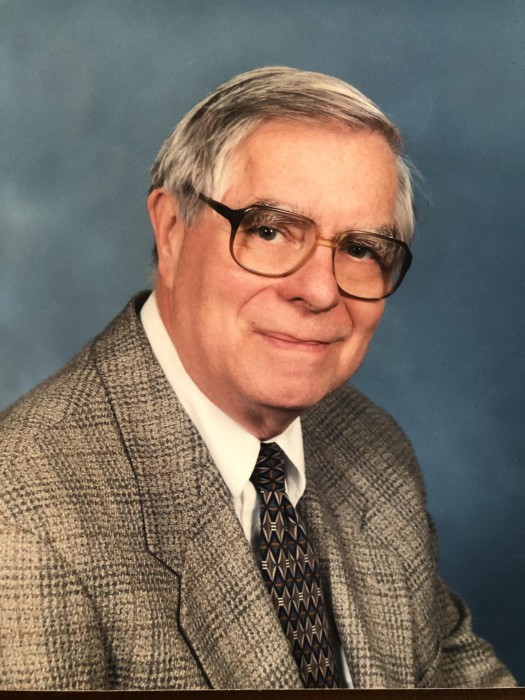 After 89 years of a life fully lived, Dr. Forrest Kay Huntington shuffled off his mortal coil on Monday, April 27. He died peacefully in his sleep of natural causes at his residence in Greenville, SC. His wife, Betty, and her son, Jervey, were at his side.

Kay was the son of Dr. Robert Howard and Kathleen Butt Huntington of Eureka Springs and then Fayetteville, AR. A founding member of the LHCC at Washington Elementary School he was also Student Council President, Salutatorian, and member of the basketball team at Fayetteville High School. He received a Bausch & Lomb scholarship to attend the University of Rochester in NY, where he received both his undergraduate and his medical degrees, following in the professional footsteps of his father. In medical school, he married his college sweetheart, Anne Cornelia King of Lancaster, PA.

His first medical residency was at NC Memorial Hospital in Chapel Hill. It was there during the 1957 national championship season of the UNC Tarheel basketball team that Kay sealed his lifelong fascination with the madness of March. After his residency he was proud to serve as a Captain in the medical corps of the US Army’s 2nd Battalion, 14th Armored Cavalry on border patrol in Bad Kissingen, Germany.

He returned to civilian life completing his residency in internal medicine at SUNY Upstate Medical Center in Syracuse, NY. He went on to complete his fellowship in gastroenterology at the North Carolina Memorial Hospital in Chapel Hill.

In 1963, he moved his family to Greenville, SC to start private practice in internal medicine in partnership with Dr. John C. Muller. Eventually they grew the practice to include Drs. Muller, Huntington, Barnard, & Stephenson. He considered these men not only business partners, but among his closest friends.

He later joined Gastroenterology Associates in Greenville, the practice from which he eventually retired after a long, distinguished career serving Greenville’s medical community. In addition to the many patients whom he helped to recovery, other highlights include a stint as chief of the medical staff at Greenville Memorial Hospital and his eventual induction into the American College of Physicians.

In 1966, Anne, his wife and mother of their three children, Liz, Sarah, and David, died from complications from lymphoma. In the years to come, the childrens’ grandmother, Kathryn “Gammy” King, would be a loving, helpful, and needed complement to the family unit.

In 1975, he married the love of his life, Betty Gilreath, and became “Daddy Kay” to her three children Amy, Molly, and Jervey Inglesby. Kay & Betty’s 45-year marriage has been filled with passion, love, and adventure as there are few corners of the Earth that did not eventually carry the memory of their footsteps. Of all the places they visited, it was their 2nd home, Frog Level II in Cashiers, NC, where they made some of their happiest memories, grooming their plot of earth nestled in the folds of the Blue Ridge.

A voracious reader, Kay Huntington was never far away from a stack of books in various states of completion. He could hold court in most any gathering, sharing his amazing storehouse of historical facts and witticisms. He was known for his rather ribald sense of humor and his prodigious output of poetry produced for toasts, celebrations, and expressions of his own spiritual journey – often scratched out, literally, on the backs of envelopes. He loved to go on walks and expose himself to nature while admiring its many hues and textures. In his later years, he could often be found in a comfortable chair, next to Betty, with their cats Chaibai and Starr Cat close by, as he re-screened his favorite old movies or stayed abreast of the latest in fair and balanced news. He was always a delightful and engaging host and guest to whomever was fortunate enough to find their way into his company.

Kay’s remains will be interred at Christ Episcopal Church in downtown Greenville where he and Betty were married and members for many years.

A memorial will be planned when social norms allow for appropriate gathering in his honor.