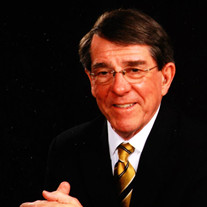 Born at home in Fountain Inn, S.C. on January 7, 1940, he was the proud son of William West Kellett, Jr. and Helen Parris Kellett.

He attended Greenville High School where he was Student Body President in the Class of 1958. Bill graduated from Wofford College in 1962 where he was a third generation Kellett to attend. He graduated from the Medical School of S. C. and completed his residency in Obstetrics and Gynecology there as well. Bill grew up in the shadows of Greenville General Hospital which was a lifetime employer for him. He delivered papers there as an elementary school student. He worked in the lab there as a high school student and he completed his career there in 2005. Bill served as a Major in the US Army at Ft. Knox, Kentucky from 1971-73. He returned to Greenville where he practiced OBGYN with his brother, Dr. Mike Kellett for 32 years at Piedmont OBGYN.
Bill was a Ruling Elder of Westminster Presbyterian Church, Past President of S.C. OBGYN Society of the MUSC, Past President of the South Central OBGYN Society, Past Chairman of the Board of Directors of the Greenville Free Medical Clinic, where he was a devoted volunteer since its inception. He was a DSS Licensed Foster Care Parent and stabilized numerous addicted newborns at home. He was a faithful volunteer at the Place of Hope at United Ministries and was known affectionately as “Doc.”. He was an inspiration and friend to the downtrodden in our community. He received the Community Foundation of Greenville 2013 Charitable Giving Award.

In addition to serving the less fortunate in the Greenville Community, he served tirelessly in the national and international community, teaching and working. He spent most of this time in Malawi, Africa but also in South America, Vietnam and on the Navajo Reservation in Arizona. He did medical mission work in the Dominican Republic for 20 years through Westminster Presbyterian Church.

Bill loved sports and seldom missed watching his grandchildren in their competitions. He was a quiet man, a good husband, and a generous father and grandfather. He will be remembered for his positive attitude and his ability to solve problems with a quiet confidence. Bill also loved music, dancing with his wife, playing a mean game of tennis with Joe Coble, hiking the mountains of N.C. as well as the trails around Cleveland Park.

The family wishes to express heartfelt thanks to the nursing staff at National Health Care and Heartland Hospice for their professional but tender care. Lana Carter and Jenna Brooks were exceptionally loving in their care for Bill and the family will be forever grateful.
Memorials made to United Ministries Place of Hope and Westminster Presbyterian Church Missions will be a tribute to Bill’s life.

The family will celebrate Bill’s life and faith in a Memorial Service at 11:00 a.m. at Westminster Presbyterian Church on Wednesday, December 28, 2016. A visitation will follow in the Friendship Court. 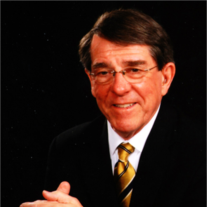