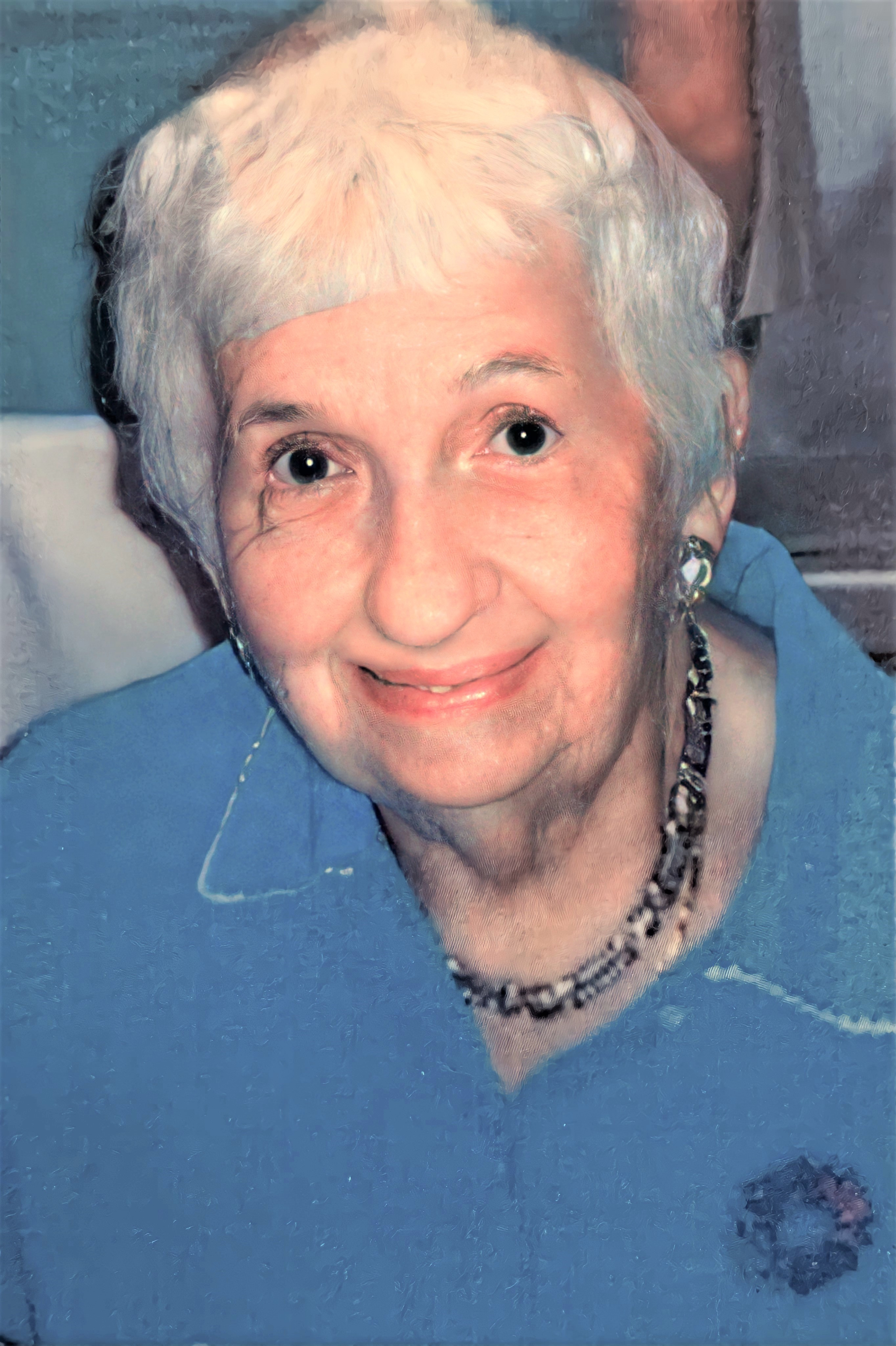 One of six children, Edna grew up in the Gluck Mill village in Anderson, SC. She graduated from Girls’ High School (now T. L. Hanna) in 1944. She once asked her teacher, “Do you have to be smart to go to college?” When her teacher replied, “Yes,” Edna told herself, “Well, I guess I’ll never go” but she eventually completed her bachelor’s degree in sociology with a minor in music from Lander College (now Lander University). She went on to earn her Master of Religious Education degree from the Southwestern Baptist Theological Seminary. While in graduate school, she served four summers in Texas, Washington, and Oregon with the Home Mission Board.

She met Chandler Franks in Richland, WA, and they married in 1953. In 1958, the family moved to Mauldin, SC, where Edna worked for Mauldin First Baptist Church in a variety of positions, including pianist, organist, and part-time minister of music. She began teaching at Mauldin Elementary school in 1962 where she remained for fourteen years. She also gave piano lessons to seemingly half of Greenville County.

Even in retirement, Edna never stopped teaching and learning. She taught the Dot Creel Sunday school class at Mauldin First Baptist. Whenever someone in the class had a birthday, she would play the birthday song on the piano, always adding “and many more” and a flourish at the end. She and Chandler explored the country through Elderhostel (now Road Scholar), particularly enjoying the Grand Canyon and Yellowstone National Parks. They took fitness classes at the Life Center and were enthusiastic members of Furman’s Learning in Retirement program (now OLLI) where Edna’s favorite classes were guitar, Latin, and Socrates Cafe. They played for several years with the Yesterukes, a local ukulele band, and Edna frequently brought down the house with her impromptu jokes between numbers.

Edna was a devoted mother to her three children and made sure her only grandchild was irredeemably spoiled. The many, many people who loved her remember her warmth and humor. The mill village girl who didn’t think she was smart enough for college went on to instill generations with a love of learning.

She is survived by her daughter, Terri Dickson; son, Mark Franks; granddaughter, Katie Steenerson; and great grandson, Chandler Steenerson. She was preceded in death by her son, Steven Franks, in 1981 and husband, Chandler Franks, in 2021.

The funeral service will be held at Mauldin First Baptist Church on Thursday, June 10, 2021 at 11:00 a.m. followed by a time of visitation immediately afterward.

Memorials may be made to Greenville United Ministries, 606 Pendleton St., Greenville, SC 29601.