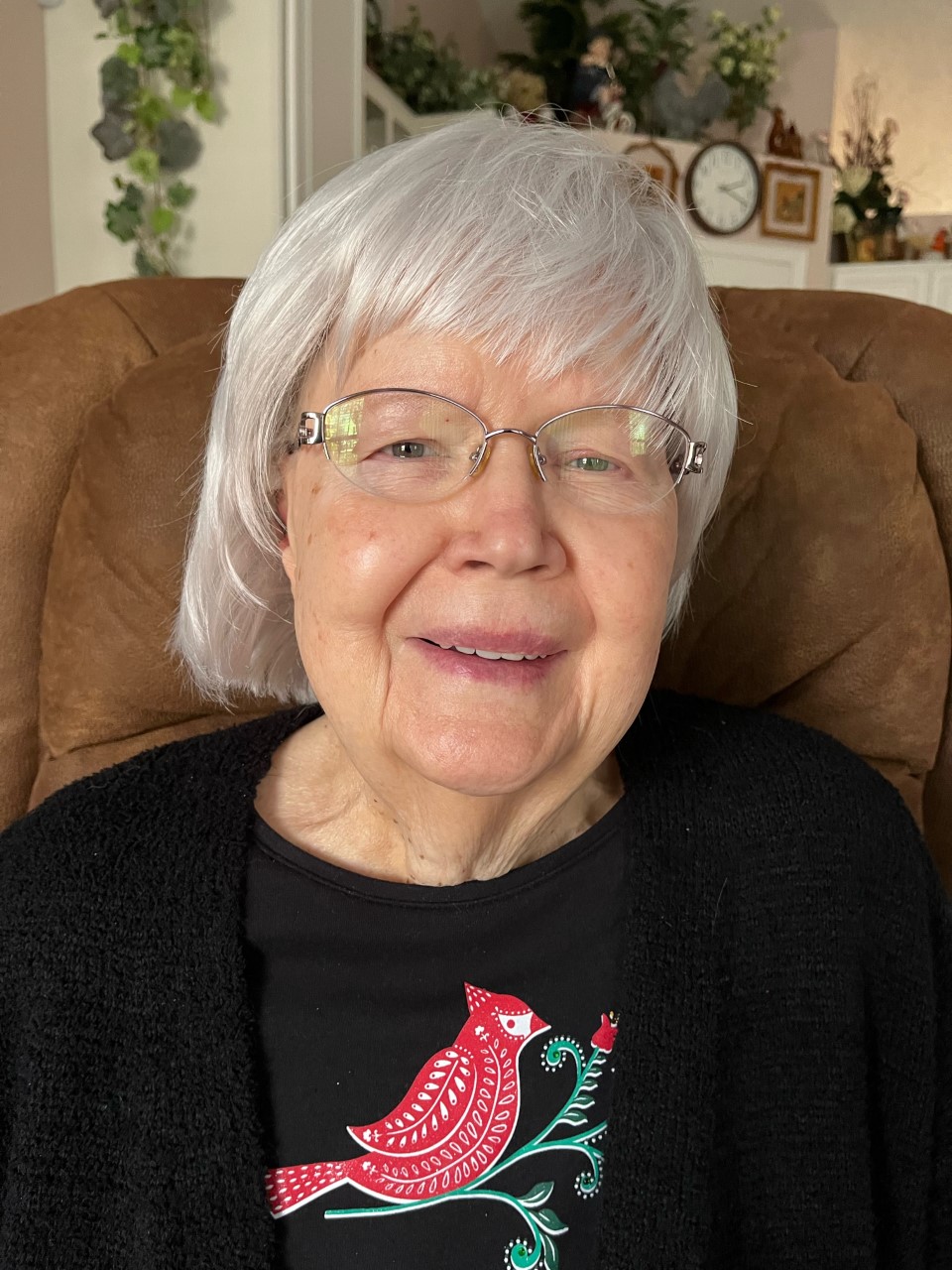 Eva Evelyn Salo, 81, devoted wife of Larry Salo, passed away at home surrounded by her loving family on Sunday, March 27, 2022, after battling cancer for many years. She was diagnosed with breast cancer in 2006, went into remission, and was re-diagnosed with metastasized breast cancer about 4 years ago. Eva had a hard fight, but she shined the love of Jesus through her struggles.

Born in New York Mills, MN, she was a daughter of the late Hugo and Elsie Kumma Aho.

Eva graduated from Menahga High School in 1959. She then went to St. Luke’s School of Nursing in Duluth, MN to become a registered nurse.

In March of 1968, while working as a RN in Seattle, WA, she met and married Stephen Kurtti, who was tragically killed 3 months later while serving his country in the Vietnam War.

Eva was then reacquainted with Larry Salo, whom she had met 15 years prior in confirmation class. They were married on December 26, 1970, at the Apostolic Lutheran Church in New York Mills, MN.

In her younger years, Eva did a lot of sewing. She made a lot of her own clothes, dresses for her daughter Lisa, and her nieces, and several wedding gowns, including her own. During the last 15 years, she loved making doll clothes, as well as collecting dolls. Eva also loved doing silk flower arrangements, including the bouquets and flowers for many of the weddings that she and Larry attended as photographers. They were professional photographers for about 30 years, as many families will remember, both in New Hampshire and Minnesota. In South Carolina, she took many pictures of her visiting birds, and the flowers in her gardens. Eva was a faithful member of Greer Apostolic Lutheran Church on North Rutherford Road.

In addition to her parents and first husband, Eva was preceded in death by seven miscarried babies, two grandchildren, Andrew “AJ” Bisila and Asiah Love Salo, and daughter-in-law, Alison Salo, and brothers Elias and Reuben Aho, and sister Gladys Fraki.