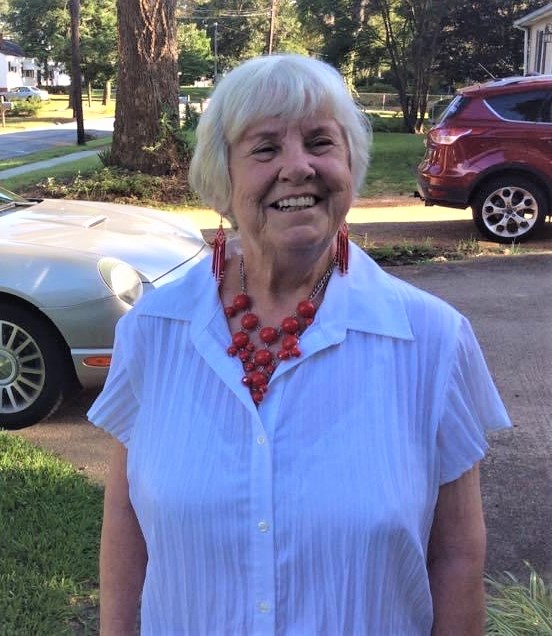 Frances J. Garrett, 82, peacefully transitioned to her heavenly home Tuesday, March 8, 2022 while in her home comforted by her son and granddaughter.

Born and raised in Greenville, she was a daughter of the late Richard and Roxie (Parmer) Tench and graduate of Parker High School.

Fran was a hardworking young wife and mother who in addition to raising her son, worked full time as a secretary in the aerospace industry. She was an efficient, highly skilled secretary with an astonishing attention to detail and organization. Fran’s role as a mother was her highest priority, and she made every effort to support Kenneth by attending his numerous orchestra concerts and marching band performances.

In 1972 while living near Los Angeles, California, her family experienced a devastating earthquake and decided it was time to return to South Carolina. Fran went to work as a Secretary for the City of Greenville Public Defender’s Office and retired as the Office Manager in 1992. She was a valued part of this office for twenty years and greatly appreciated the friendships she forged within this department.

Fran was saved later in her life and passionately embraced her faith. She became a regular worshiper on Sundays and even taught Sunday School for several years. Fran enjoyed sharing God’s word with others and took notes during the sermon in her exquisite shorthand to further reflect on the preacher’s message.

She leaves a devoted son and his wife, Kenneth and June Barnum of Greenville; a sister, Pauline Swanson of Omaha, Nebraska; an adored granddaughter and her husband, Adrianne and Brad Looper and their four children, Abigail, Noah, Jackson, and Gabriel Looper, all of Dacusville. Fran also leaves behind a special feline companion, her sweet Moonpie.

In addition to her parents, Fran was preceded in death by her siblings, Muriel Patterson, Mildred “Dot” Harbin, Eugene Tench, and Donald Mahaffey.

A Graveside Service will be Monday, March 14, 2022 at 12:30 PM at Greenlawn Memorial Park, 595 Old Liberty Rd., Easley, SC 29640. At the family’s request, there will be no public viewing or visitation period at the funeral home prior to the graveside service.

Memorials may be made to a worthy animal organization of one’s choice.