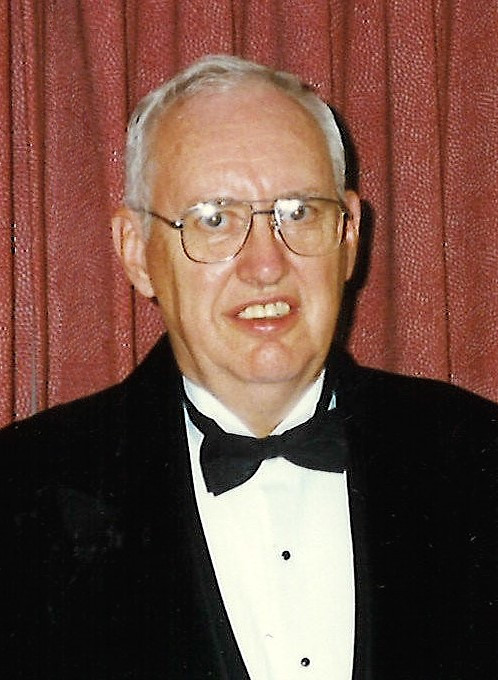 Born in Hempstead, NY, he was the son of the late Frank and Mary Pospisil Bordell.

A devout Catholic, Frank was a member of Prince of Peace Catholic Church.

Frank had a brilliant mind. He graduated from the Illinois Institute of Technology with a Bachelor of Science in Physics. While there he met his future wife, Bettie Sue Fisher.

Frank continued his education by pursuing a Masters and PhD in Physics at Florida State University. Upon graduation, Frank worked with Argonne National Laboratory, a U.S. Department of Energy multidisciplinary science and engineering research center. It was there that he developed a passion for radiological internal dosimetry which he used over the rest of his career. He then attended the University of Pittsburgh where he received a Masters in Health Physics while working with Westinghouse. He was certified by the Department of Defense as Radiological Defense Officer.

Frank had a long career in nuclear health physics. He used his skills in the United States while working with Knolls Atomic Power Laboratory for twenty years. He then continued his career as a consultant both in the United States and abroad and advised several foreign governments on nuclear health safety. He traveled to Spain and visited Chernobyl twice, after the nuclear melt-down in 1986, at the invitation of the Russian government. He received an award in 1993 for his contribution in the first successful licensing of a low-level radioactive waste disposal facility in the United States under the Federal low-level Radioactive Waste Policy Act of 1980. His final job before retiring was with U.S. Ecology and where he consulted post-retirement, providing nuclear health readings for a de-commissioned Air Force base. During his time in California, he met Erin Brockovich and provided an opinion regarding one of her class action lawsuits against PG&E prior to the release of the Erin Brockovich movie in 2000.

In his spare time, Frank enjoyed cheering on his favorite college football teams: Florida State and Notre Dame. As a child and young adult, Frank went many times to see the Brooklyn Dodgers play and was at Ebbets Field in 1951 when the “Shot Heard ‘Round the World” happened. He and his father were in the parking lot when they heard the crack of the bat, and they knew that the New York Giants had taken the game.

He had a unique sense of humor and would tease his beloved grandchildren about taking them to their favorite restaurants by changing the names to “Stardollars, Panera roll, Outfront and Sad China” in lieu of Starbucks, Panera Bread, Outback, and Happy China.
He is survived by daughter, Ann Marie Bell; son, Douglas Bordell; grandchildren, James, Grant, Ansley, and Lauren; sister, Marie “Babe” Austin; and nephews, David and Paul Austin.