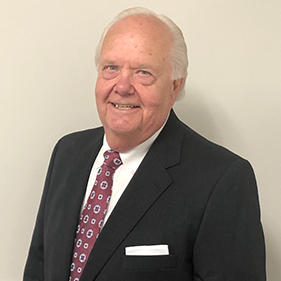 He was born March 4, 1942 in Montgomery, AL, the sixth of nine children to the late Rodney and Frances Castleberry Adams.

He was a passionate Alabama football fan and season ticket holder for over 20 years, cheering on the "Tide", with his nephew Rodney Robinson at Bryant Denny Stadium in Tuscaloosa, AL.

This was a man who did not know the meaning of "no". He was a humble servant always asking what he could do to help. Diagnosed with CLL (Leukemia) in 1995, he was given three to six years. He discovered and moved to Greenville, SC in 1997 to get out of gray, rainy Seattle where he suffered from SAD. It was a self move of his new CPA business and family, a true leap of faith. He marveled at his good fortune and often would say out loud he did not know why he was so blessed.

He was a true "prayer warrior" usually spending over two hours in prayer morning and night. If he told you he would pray for you, he did, by name.

Fred was a devoted member of Prince of Peace Catholic Church, Taylors, SC. He had the great honor of being invested into the Equestrian Order of the Knight's of the Holy Sepulchre in 2019.

Fred graduated from the University of Utah in Environmental Biology and Accounting. He received his Master's in Tax from Golden Gate University and sat and passed all four parts of his CPA exam at one time. Fred worked as a Special Agent in the Criminal Investigation Division of the Department of the Treasury for twenty years. He taught Indirect Methods of Proving Income in Caracas, Venezuela and Bogota, Colombia in the early 90's for the Justice Department.

He is survived by the love of his life, his wife of almost 56 years, M. Irene Bishop Adams; his four children, Rebecca Boydston (Brent), Cynthia Duwe (Daryl), Carolyn Adams Flower, and David (Anna) Adams. He was "papa" to his nine grandchildren; Courtney, Andrew, Alyssa, Madeline, Jake, Kade, Viktor, Killian and Odessa with his newest grandson due in April this year; two sisters, Nena Robinson and Ann Ellison; and a brother, Robert Adams (Irene); and a host of cousins, nieces and nephews.

In addition to his parents, Fred was preceded in death by four brothers and one sister.

Although no formal receiving of friends will be held, Fred's friends are invited to sign the guest registry on Thursday from 9:00 a.m to 5:00 p.m. A Recitation of the Rosary will be held Thursday, January 14, 2021 at 6:00 PM at Thomas McAfee Funeral Home Downtown. The Funeral Mass will be celebrated Friday, January 15, 2021 at 10:00 AM at Prince of Peace Catholic Church. Burial will be in Graceland East Memorial Park.

In lieu of flowers, memorials may be made to Prince of Peace Catholic Church (princeofpeacetaylors.net), The National Shrine of Divine Mercy (shrineofdivinemercy.org), or Food for the Poor (foodforthepoor.org).

Condolences may be left for the family by visiting www.thomasmcafee.com