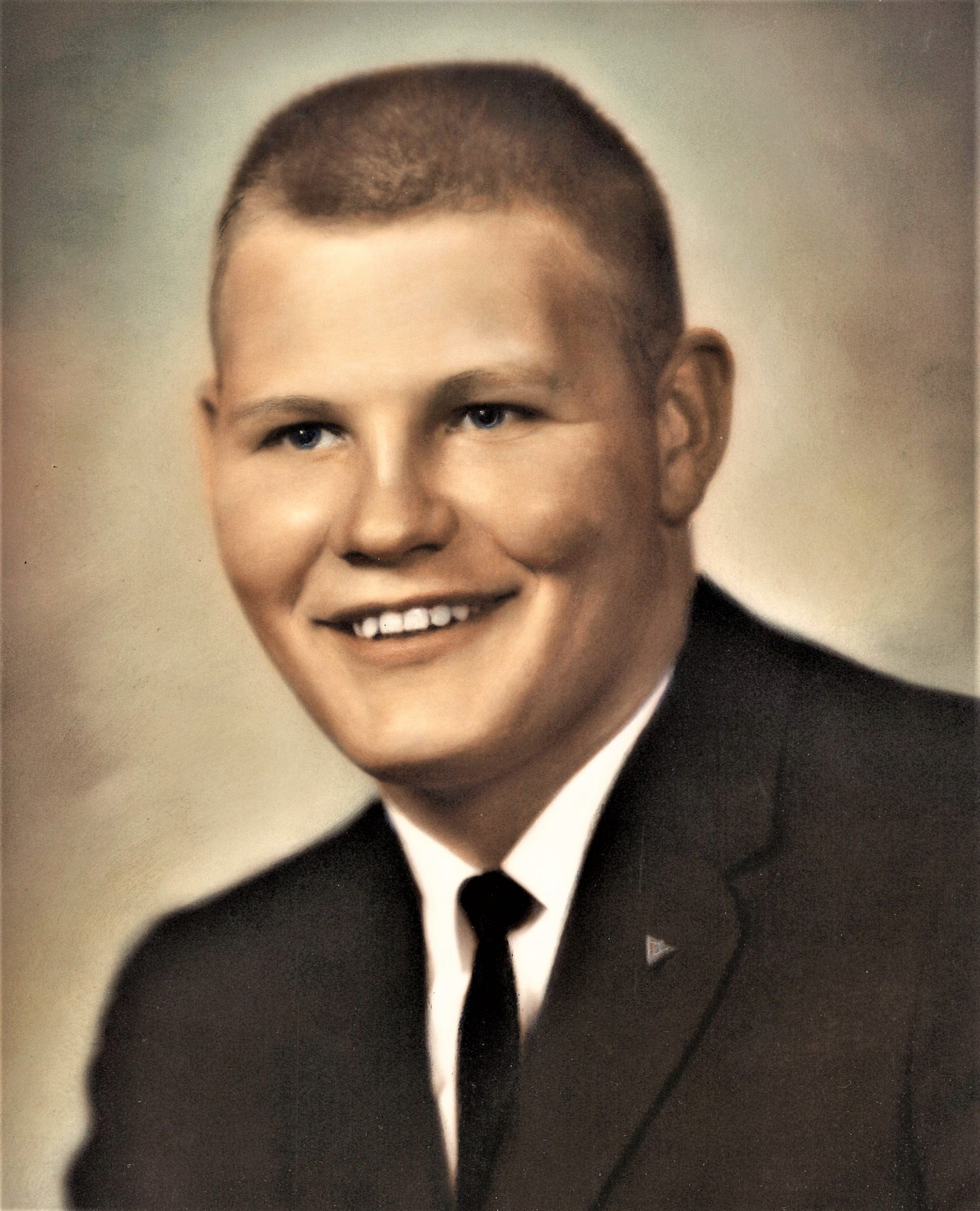 Born in Fond du Lac, WI on March 29, 1946, he was the son of the late Marvin and Phyllis Beske Hendricks.

Gary graduated from Waupun High School in 1964 and married his high school sweetheart, Karen Brinkman on December 11, 1965. He proudly served in the US Navy for four years before returning to his hometown to work with the Waupun Police Department and obtaining a degree in Police Science.

Gary and Karen moved to San Diego, CA where they lived for 16 years while he worked in the banking industry. After that time, they returned to Waupun, and Gary was employed by Federal Mogul until his retirement.

Over the years, the couple lived in Rhode Island, California, and Wisconsin before settling in Simpsonville, South Carolina after retirement. They were thankful for the opportunity to see the USA and make friends throughout their travels.

Gary was an avid football enthusiast – especially the WI Badgers. He was so proud of his 1963 high school football championship and kept in touch with his teammates until his passing.

He is survived by his wife of 55 years, Karen; two brothers, Thomas (Kathy) and Daniel (Barbara); and two sisters, Monica Baumhardt (Skip) and Melinda Hendricks, all in Waupun, WI. He is also survived by two sisters-in-law, Kay Hendricks and Sandra Krentz (Ed), and three brothers-in-law, Randy Brinkman, Lynn Brinkman, and Barry Netzel; as well as his beloved aunt, Phyllis Beske; and many cousins, nieces, and nephews. Gary also leaves behind his buddy, Allie, the family English Cocker Spaniel, and he maintained a special relationship with Terry and Claudia Murray of Sun Prairie, WI.

In addition to his parents, he was preceded in death by one brother, Bob, sister, Melissa Netzel, sister-in-law, Jean Mangan, and one brother-in-law, Larry Brinkman.

In honor of Gary’s wishes, a celebration of life with family and friends will be held in Wisconsin at a later date.

A life well lived doesn’t end, it echoes through time.

Plant a Tree
Events
There are no events scheduled. To plant a tree in memory of Gary Hendricks, visit the Tribute Store
×
×
Donations
[donation_list][/donation_list]