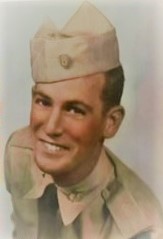 Gerald Lewis Knecht, 90, of 311 Blackberry Valley Road, Greenville, passed away on Friday, April 8, 2022. A native of Greenville County, son of the late Martin Lewis and Bertie Vickery Knecht. He is survived by his wife of 60 years, Patricia Bogan Knecht.

In addition to his parents, he was preceded in death by his siblings, Johnny, Audrey, Harold, Wallace, Argyle, Kenneth, Charles, Barbara and Aaron.

In lieu of flowers, memorials may be made to City View First Baptist Church, 2300 West Blue Ridge Drive, Greenville, SC 29611.