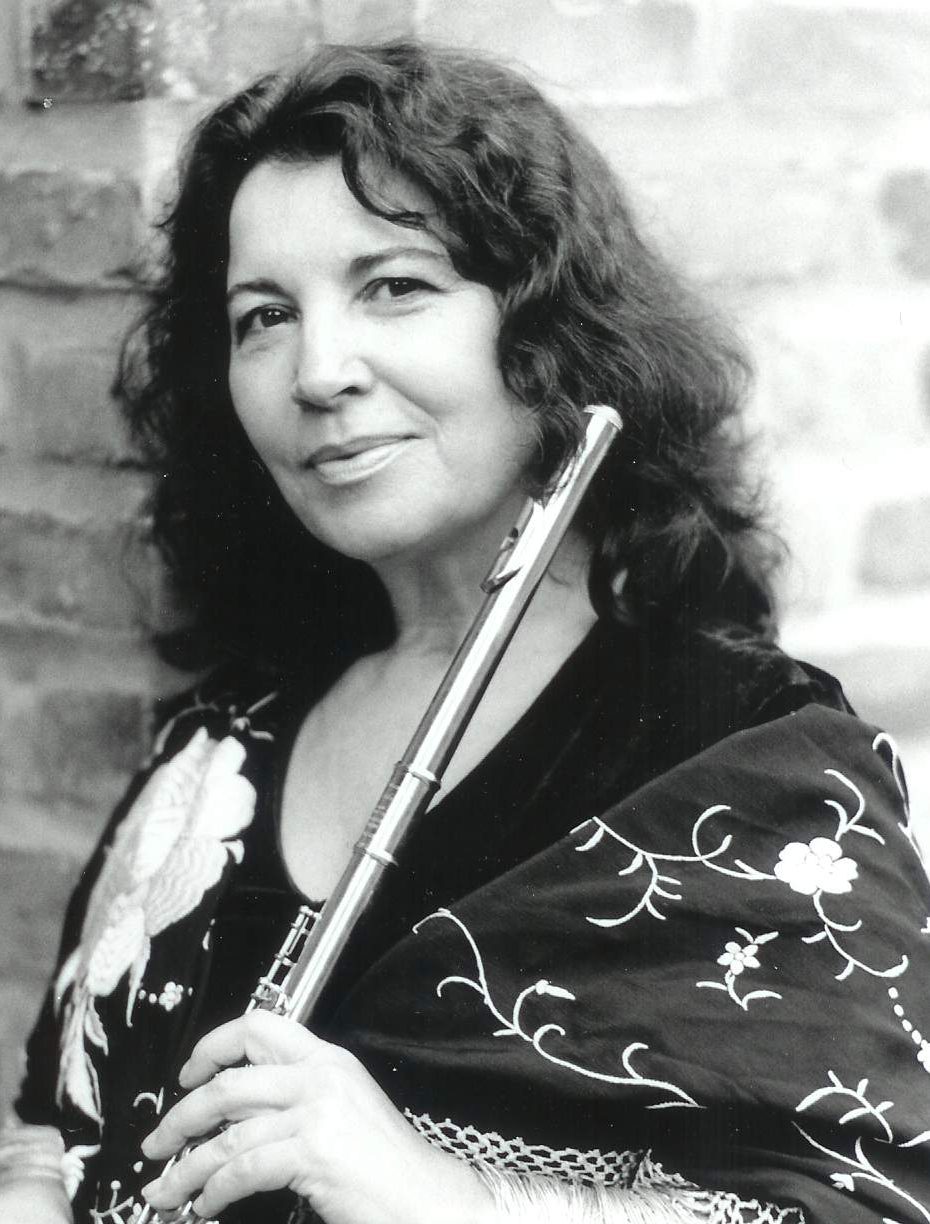 Ginka Gerova Ortega, 77, passed away on September 29, 2021, surrounded by her family which included her two children, grandchildren, brother, sister-in-law, son-in-law, and devoted husband of 52 years.

Ginka was born on March 18, 1944 in Preslav, Bulgaria, a small, largely agricultural community under Communist oppression. With musical ambitions and unfailing support from her parents she began her musical training on the piano at the age of seven, later discovering the flute, which she considered her ‘true voice’. In her teens Ginka was accepted to the music conservatory in Varna, Bulgaria, which was a beautiful city on the Black Sea that attracted many tourists.  Due to a fortunate series of events she immigrated to the United States in 1962 with her parents, the Reverend George Gerov and Vasilka Gerova, along with her younger brother, Gene. They moved to Lorrain, Ohio and then later to Detroit, Michigan.

Ginka holds degrees from Oberlin Conservatory, Wayne State University and University of Michigan School of Music. In Detroit Ginka met the love of her life, Jesus Ortega, whom she married in 1969, and they had two children, Irena and Julian. As a professional musician, Ginka played all over the world, including the US, Spain, France, Italy, Japan, China, Mexico, Jordan, Finland, and Carnegie Hall in New York City.

Ginka was extremely active in the musical realm, believing that music was the universal language of love and transcendence. She performed for foreign dignitaries, government leaders and even royalty. Later she founded Música Viva International Concerts, and as the Artistic Director, represented local and international talent with the goal of celebrating the world’s cultures through music. She is also the founder of the “Annual Michigan Flute Festival” in Orchestra Hall that brought over 1000 young flutists from across Michigan performing together with world renowned flute masters, each showcasing their own traditional flutes from around the globe.

For her passionate leadership and dedication to the Arts in Michigan and as member of The Women’s International Forum, Ortega was voted “one of Michigan’s most influential women” by Corp Magazine. Awarded the title of “Michigan Musical Ambassador” by the Governor, the State of Michigan, and The Sesquicentennial Commission, she represented the State of Michigan with a series of concerts throughout Japan performing as “The Michigan Duo”.

Aside from her musical contributions, Ginka was a devoted wife and loving mother and grandmother to four beloved grandchildren. In addition to her husband, she is survived by her daughter, Irena Tervo and husband, William; son, Julian Ortega and wife, Anne; four grandchildren, Jonah, Maia, Sarah, and Marcus; and her brother, Gene Gerov and wife, Miriam.

She battled ovarian cancer for almost four and a half years and throughout her struggle with the disease, never gave up hope. She is now reunited with her mother, Vasilka Gerova, and father, Reverend George Gerov.

Ginka will be remembered for her fiery spirit, her sense of adventure, love for nature, music and art, boundless energy, and friendship to many.

In lieu of flowers, the family asks that you support ovarian cancer research with a donation to the Ovarian Cancer Research Fund at www.ocrf.org in Ginka’s name.