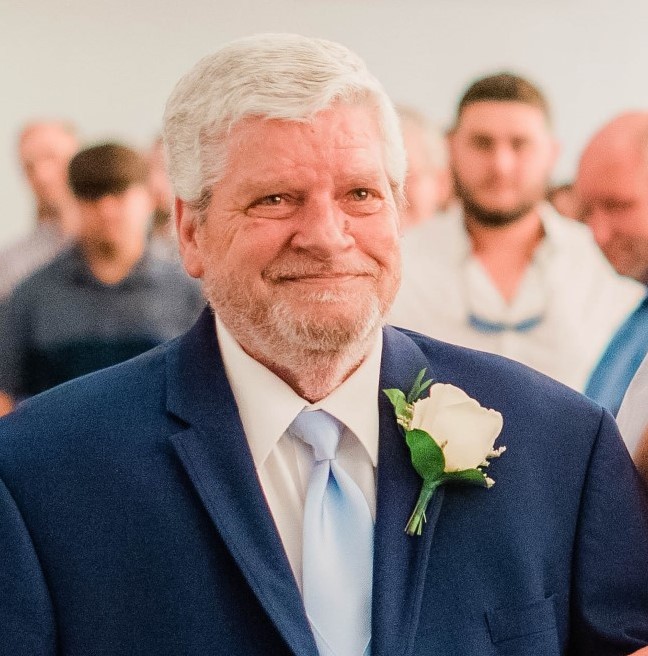 Born in Roebuck, SC, he was the son of the late Archie Andrew and Mary Louise (Garrett) Stone.

Andy graduated from Roebuck High School and in January of 1966, enlisted in the US Navy where he served as an electrical repairman. During his years overseas in Vietnam, Andy honorably and courageously served his country and was awarded a Purple Heart for wounds received in service.

After his military service, he moved to Greenville to manage the Cedar Lane drive-in movie theater where he met his wife, Bonnie. In 2008 Andy retired from the Hyatt in Downtown Greenville after many years working as the hotel’s facilities engineer.

Andy was a loving and devoted husband, father, and papa who tried to think of his wife and family as often as he could. Bonnie loved Andy, but according to her, he loved her double.

In addition to his parents and mother-in-law, Marion Elizabeth Holloway, Andy was preceded in death by his oldest son, Jeremiah Stone, and his nephew, Dustin Holloway, whom he loved like a son.

Visitation will be held Thursday, July 7, 2022, from 12:30 to 1:45 p.m. at Thomas McAfee Funeral Home, Downtown followed by the funeral service at 2:00 p.m. in the funeral home chapel. Military honors and committal prayers will immediately follow in Graceland Cemetery West.

In lieu of flowers, memorials may be made to Vietnam Veterans of America, 8719 Colesville Rd., Suite 100, Silver Spring, Maryland 20910.