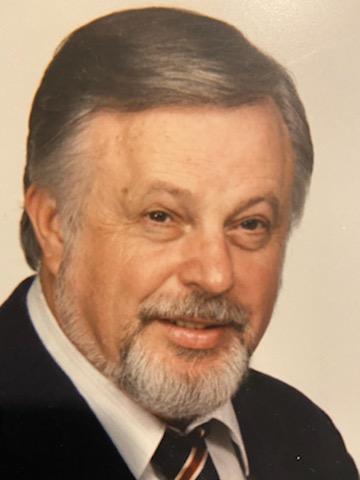 Born in Madison County, NC, he was the son of the late Hubert Dockery, Sr. and Evelyn Sanders Dockery.

Mr. Dockery was a member of Scenic Hills Baptist Church. He spent his career as owner of Doc Tronics, where he repaired and sold church organs. He also served as treasurer of the Lexington Baptist Association for many years.

Bob was a bassist musician for most of his life having played with Charlie Spivak and his orchestra; the Carolina Rebels blue grass band; and Darlene and Reflections of blue grass. In his later years, he and his wife spent several days per week entertaining seniors in local nursing homes with the Royal Blue Band.

In addition to his parents, he was preceded in death by his brother, Henry Dockery; and son, Derek Allen Dockery.

In lieu of flowers, memorials can be made to Scenic Hills Baptist Church at 10 Old US Hwy 25, Travelers Rest, SC 29690 or the Lexington Baptist Association at 255 Two Notch Rd, Lexington, SC 29073.

Special thanks would like to be given to nurses Kelly Mason and Matthew Smith and sitters Barbara Maybin, Pam Messer, and Sherry Marshall for their loving care provided during Bob’s end of life.

Visitation will be held Tuesday, April 19, 2022 at 1:00 p.m. at Scenic Hills Baptist Church followed by the Funeral Service at 2:00 p.m. Interment will follow at Mountain View Memorial Park in Travelers Rest.