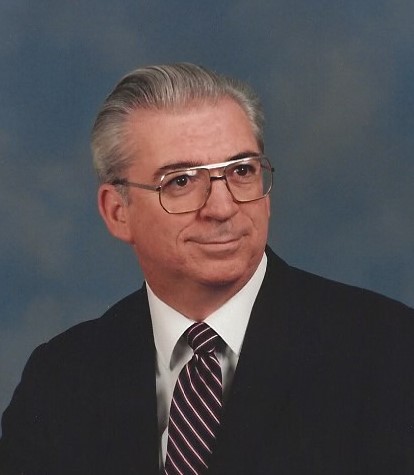 An active community and denominational leader, Reverend Bass was known for directing community youth choruses, being active in Rotary Club (serving as President in Bennettsville), serving as moderator of several Baptist Associations, on the General Board of South Carolina Baptists, and as chairman of the Baptist Courier Board of Trustees. He enjoyed many hobbies, including music, woodworking, candle making, watercolor painting, photography, and genealogy – just to name a few.

A memorial service will be held Monday, October 4, 2021, at 11:00 a.m. at Earle Street Baptist Church in Greenville, South Carolina with visitation following the service. Interment will take place in Laurelwood Cemetery in Rock Hill, South Carolina, on Sunday, October 3, 2021 at 3:30 p.m.

To leave a condolence, you can first sign into Facebook or fill out the below form with your name and email. [fbl_login_button redirect="https://thomasmcafee.com/obituary/james-anderson-bass-jr/?modal=light-candle" hide_if_logged="" size="medium" type="login_with" show_face="true"]
×