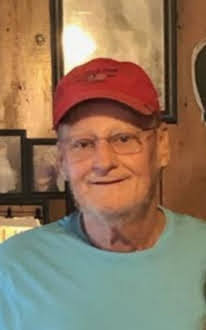 Born in Greenville, he was the son of the late James Anders and Nervia Lee.

James enjoyed life to its fullest. He was a true outdoorsman; he loved working in his yard, going hiking, fishing or just taking a ride through the mountains. He was a man’s man, and a friend to all that knew him. James enjoyed his bluegrass music and Nascar races. For James, his greatest love was his family.

In addition to his parents, he was preceded in death by siblings, Susan Lee, Willie, Patricia and Diane Anders; and his special boy, Rocky.

To leave a condolence, you can first sign into Facebook or fill out the below form with your name and email. [fbl_login_button redirect="https://thomasmcafee.com/obituary/james-danny-anders/?modal=light-candle" hide_if_logged="" size="medium" type="login_with" show_face="true"]
×