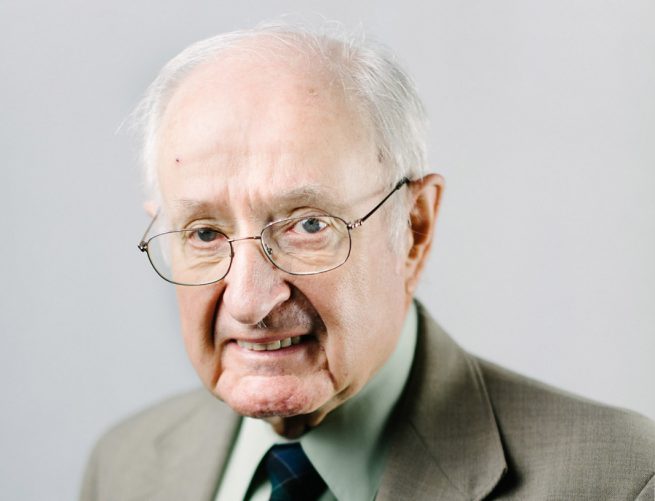 Live streaming of the memorial service may be viewed by visiting spcgreenville.org.

He was born January 5, 1936, in Philadelphia, PA, to the late James E. and Bernardine Estelle Glenn McGoldrick.

He was educated in the Catholic schools of Philadelphia and earned his Bachelor of Science in Education and Master of Arts degrees from Temple University. He received his Doctor of Philosophy degree from West Virginia University. He did additional graduate study at Dropsie College, Scranton University and Pennsylvania State University. He was a veteran of the U. S. Navy having served in the medical corps in the 1950’s, was ordained to the pastoral ministry in 1962 and served three Baptist churches in New Jersey and West Virginia.

Dr. McGoldrick taught at John Brown University in Arkansas and WVU before going to Cedarville (OH) University where he retired as Professor of History in 2001 after 28 years of service. He then began teaching at Greenville Presbyterian Theological Seminary and retired after 20 years in June 2021 as Professor of Church History. He was a teaching elder at Second Presbyterian Church in Greenville. Upon his retirement, he was accorded emeritus faculty status and the board of trustees of the seminary named the student scholarship the James E. McGoldrick Scholarship fund in his honor.

In addition to preparing pastors for the Gospel ministry, Dr. McGoldrick’s special interest was research and writing the history of Christianity, particularly the era of the Renaissance and Protestant Reformation.

He authored seven books in that field: “Luther’s English Connection,” “Luther’s Scottish Connection,” “Baptist Successionism,” “God’s Renaissance Man: The Life of Abraham Kuyper,” “Christianity and Its Competitors,” “Presbyterian and Reformed Churches: A Global History,” and “The Mind of John Calvin.”

In addition to his parents, he was preceded in death by his first wife of 65 years, Elizabeth Mary McGoldrick, in 2017; sister, Carol Baldwin; brother and sister-in-law, Terry and Nancy; sister-in-law, Kathleen McGoldrick; brothers-in-law, Jack Collins and James Baldwin; granddaughter, Lydia Anne Wilson McGoldrick, whose service was his final appearance in the pulpit in August 2021; and many nieces and nephews.

Interment will be private in Graceland East Memorial Park in Simpsonville.

Condolences may be shared with the family by clicking on the “Leave A Message, Share A Memory” button on the main obituary page.

Live streaming of the memorial service may be viewed by visiting spcgreenville.org.