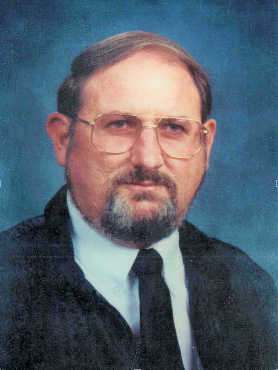 Born August 10,1942 in Pickens Co., SC, he was the son of the late William and Jennie Griffin Looper.

After he graduated from Dacusville High School, “Looper” as he preferred to be called, went to North Greenville College and Furman University, earning his B.A. degree in Education. He spent his entire thirty year teaching career at Rosman Middle and High School in Rosman, NC. He was a most beloved and respect teacher, being selected as the RHS “Teacher of the Year” numerous times. He served as the Senior English teacher, an award-winning yearbook advisor, the girl’s basketball coach, and was the football team’s statistician for over forty years.

Under his guidance, the school’s beauty pageant was revamped along the lines of the Miss America Pageant, and they still follow his guidelines today. Looper even secured a certified pageant judge from the Miss America system for one of their school’s pageants. In 2013, Looper, was inducted into the Rosman Hall of Fame for his dedication to his students, his strong support of their school system and community.

He was an avid sports fan, loved watching all sports, especially the N.C. Tar Heels. He enjoyed playing golf at the beach and participating with many of his friends in Bass Tournaments.

Another of his favorite pastimes was music. Looper was an outstanding self taught harmonica player. He loved to serenade his family, friends, and students on their birthday. He would often play songs from a multitude of musicals for his students during break times in class.

A devout lover of life, a conscientious educator who enjoyed lighting the spark of knowledge in his students eyes and minds. He played his funeral on his harmonica each day he lives. Remember me fondly with a a casual sigh and smile. Being a deeply spiritual man, he often said one of his favorite hymns was “It Is Well With My Soul”, a hymn he not only followed in his life, but strongly believed.

He is survived by three sisters, Marie Underwood, JoAnn Tate, and Jeanette Gregg (Wallace); brother, Cecil Looper (Thelma); and many nieces and nephews.

In addition to his beloved parents, he was preceded in death by one brother, Tommy Looper; and two brothers-in-law, Nigel Tate and Jim Underwood.

A visitation will be held Tuesday, August 09, 2022 from 12:30 p.m. until 1:45 p.m. at Thomas McAfee Funeral Homes, Northwest, with the funeral service to follow at 2:00 p.m. Burial will be held in Dacusville United Methodist Church Cemetery.

Families will be at their respective homes.

In lieu of flowers, memorials may be made to Dacusville United Methodist Church (Cemetery Fund), PO Box 1265, Easley, SC 29641.