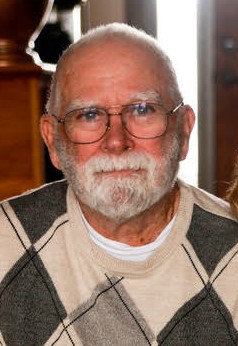 He married Martha Anne Shepard in March of 1976, and together they raised five children: Kelly Tunno (Bruce), Jeff Kyker (Suzanne), Annie Hytinen (Eric), Jason Deitenbeck (Rhonda), and Jimmy Kyker (Judy Kay). Their 14 grandchildren and 3 great-grandchildren were the joy of their life together.

Jim joined the U.S. Navy at 16 years old and retired after 23 years as a Chief Petty Officer. From there, he began a second career with Raytheon Aerospace as an Area Supervisor. Jim lived in many places throughout his two careers across the US and overseas in Turkey, Bahrain, and Japan before eventually settling down in Jackson, Ms. He retired from Raytheon Aerospace in 2002. He was a true outdoorsman whose skills included bass fishing, bird hunting, and trapshooting, but his favorite activites were anything that included his kids or grandkids.

Please join us as we honor and remember his life on Monday, July 27, 2020 at Redeemer Presbyterian Church, 6150 Old Buncombe Road, Greenville, SC 29609 at 11:00 a.m. A graveside ceremony will follow at M.J. Dolly Cooper Veteran’s Cemetery in Anderson, SC.

In lieu of flowers, his wife asks you to consider making a donation to the Alzheimer’s Association of Greenville in Jim Kyker's memory.