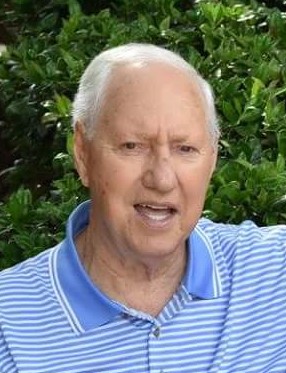 Born in Greenville, SC, and was the son of the late Daniel and Helen Kirby.

Jimmy spent his working years in textiles. He worked for JP Stevens (Dunean Mill) for 22 years in finishing. His early years in the textile industry were associated with textile baseball alongside his dad who was often a player/coach. There were many times Jimmy would pitch and his father would catch him. Jimmy was drafted by the Pittsburgh Pirates and played minor league ball with them until he left to serve in the United States Air Force. Jimmy completed his work in textiles at Phenix City, AL/Columbus, GA with Johnston Industries upon retiring.

He was also involved in fundraising events with the Shriners and a Mason for many years.

His passion in life after baseball was his family and his church. He dedicated his life to many hours of fun and laughter with friends and family. He will be remembered as always being loving, caring, and giving. In his doctor visits over the last several years, he would talk to many patients telling them he was a doctor too. A “doctor of smiles” he would say. He made sure everybody had something to smile about even in the midst of a storm.

He was a member of Dunean Baptist Church where he served as a deacon, a Sunday school teacher, and director of the Golden L Club along with anything else that needed to be taken care of at the church.

He loved gospel music and could be found playing it as loud as he could get by with in his home. “Midnight Cry” and “Amazing Grace” were his favorite songs.

In addition to his parents, he was preceded in death by a brother, Adger Dean Kirby (Buddy).

The visitation will be held Wednesday, July 28, 2021 from 12:00 p.m. until 1:15 p.m. at Thomas McAfee Funeral Home, Northwest, with the funeral service following at 1:30 p.m. in the Northwest Chapel. Burial will be held in Greenville Memorial Gardens.