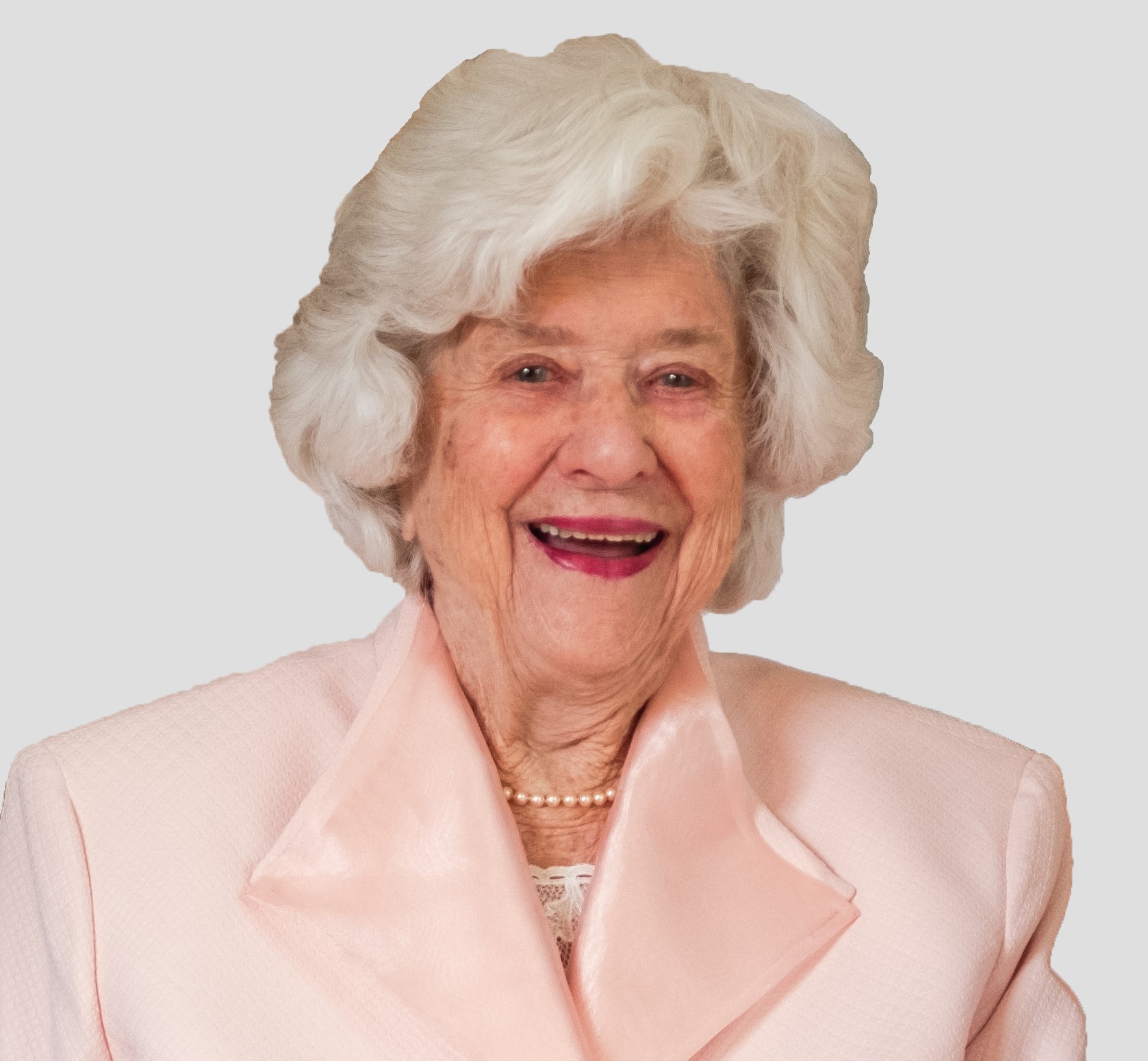 A private funeral service and burial will be held at Christ Church Episcopal at a later date.

Her family and friends were fortunate to share her wonderful and long life.  She died peacefully, at home with her family.

Born January 10, 1926, she was the daughter of the late Louis Pinckney Batson and Joanna Patterson Batson.

Joanna grew up on Augusta Road in Greenville, across from what would become Lewis Plaza.   In addition to her parents and brothers, her household included her grandfather Henry Batson and her Uncle Davis Batson, and a pony (Prince), a goat (Billy), two dogs (Mutt and Jeff) and many chickens.

She graduated from Greenville Senior High School, Class of 1943.   She loved staying in touch with her school friends and was always an organizer of GHS ’43 reunions.   She went on to graduate from Columbia College in 1947 majoring in Chemistry.  One could drive through almost any town in South Carolina, and Joanna would tell you about a Columbia College friend from there.   She especially enjoyed the Columbia College “dirty dozen”(plus a few), with whom she vacationed and attended family celebrations for 78 years. (Catherine Terry Andrews, Marjorie Varn Gibbes, Jean Ward Kellett Haynsworth, Evelyn Guyton Johnson, Becky Kellett Jones, Ann Cassels Laffitte, Helen Faucett Lide, Grace Vernelle Lybrand, Katherine Rhoad Ness, Martha Meares Smith, Mary Catherine Merritt Smith, Mary Lawrence Gaddy Smith, Marion Gravely Wallace, Nancy Lynn Smith Waters).  In 2014, she was awarded the Columbia College Medallion, the college’s highest award.

During college she went on several Methodist Youth Caravans (service trips) to Chicago, and spent a semester at Northwestern University.   She recalled going to downtown Chicago to celebrate the end of World War II.   She also recounted the night she thought she was on a tour boat to see the Chicago night-time skyline from Lake Michigan, and being quite surprised when the gaming tables and bars appeared.

Upon college graduation she moved to Elizabethton, TN to work as a research chemist for American Bemberg, an early manufacturer of synthetic fiber.  Upon the death of her father in 1949, she joined the business he had started, Louis P. Batson Company, and she had the wonderful experience of working with her mother and brothers in that business for over fifty years.

Joanna grew up at Buncombe Street United Methodist Church. After marrying Randolph in 1952, she became a communicant of Christ Church Episcopal.  For the next seventy years she served the church in various capacities including as President of the Episcopal Church Women, President of the Altar Guild, Sunday School teacher, and faithful member of St. Monica / Teresa.  At the diocesan level she served in leadership roles with the Episcopal Church Women, York Place and Vorhees College.  She greatly valued education and supported Christ Church Episcopal School.

Joanna’s grandchildren were amazed at how many friends Grandmama had, and how much she enjoyed them and how conscientiously she stayed in touch with them.   She seemed to like almost everyone, and almost never had a negative thing to say about anyone. Family and friends knew her as a gracious host, who made everyone feel welcome.

Joanna was always excited to visit children and grandchildren wherever they were living, or to take them on a trip.  She and Randolph enjoyed spending falls at the beach and many weekends at Nantahala, including quiet winter ones.   Although she rarely paddled, she ran many river shuttles for her family.

She was preceded in death by Randolph, her husband of fifty-four years, whom she met on a blind date on Halloween 1951. Surviving is a brother, Elliott Batson (Sallie) and sister-in-law Phyllis Batson, two sons, Roger Hugh Stone (Deborah) and Kirk Louis Stone, and a daughter, Dena Stone Benedict, all of Greenville.  She also leaves eight grandchildren, Randy Stone of Greenville, Caroline Stone Perkins (Danny) of Princeton, Roger Stone and Michael Stone, both of Boston, Kirk Stone, Nick Stone and Jeff Benedict (Caroline) of Greenville, and Kathleen Benedict of Atlanta, and great grandson, Ford Benedict, and many nieces, nephews, and cousins. She was also preceded in death by brother, Louis P. Batson, Jr., son-in-law Brad Benedict, and brother-in-law William Stone (Elizabeth), sisters-in-law Anne Willis (Don) and Anita Pickens (Andy).

Despite how much Joanna enjoyed being with friends, due to Covid a private funeral service and burial will be held at Christ Church Episcopal at a later date.

To leave a condolence, you can first sign into Facebook or fill out the below form with your name and email. [fbl_login_button redirect="https://thomasmcafee.com/obituary/joanna-patterson-batson-stone/?modal=light-candle" hide_if_logged="" size="medium" type="login_with" show_face="true"]
×

A private funeral service and burial will be held at Christ Church Episcopal at a later date.