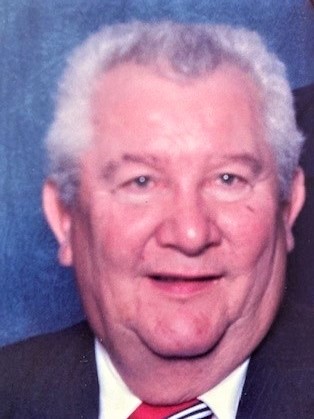 John Charles Beresh, 81, of Williamston, SC, passed away on August 5, 2021, in Anderson, SC after developing complications from a recent surgery. He was a loving husband, father, grandfather, and great-grandfather who enjoyed spending time with his family.
John was born in Wellsburg, WV to Alex and Helen Beres on August 12, 1939. He graduated from Wellsburg High School in 1957, Brooke County, WV. He married Joanne, his wife of 60 years, on December 23, 1961, in Greenville, SC.
He was a member of Mountain Springs Masonic Lodge #302 and a 50-year active member of the Hejaz Shrine (Shriners Hospital for Children) where he served in the Marching Patrol for many years. He most recently volunteered as a hospital guide at the Shriners Hospital for Children in Greenville SC.
John retired from Michelin Tire Corporation in 1994. He was a veteran of the Vietnam War Era and served in the U.S. Air Force 63rd Air Police Squadron, Donaldson Air Force Base, Greenville, SC and Hunter AFB, Savannah, GA. He was a lifelong hunter and fisherman and loved spending time outdoors. In addition, he was an avid Clemson Tiger fan and a 40-year contributor to IPTAY.
John is preceded in death by his mother, Helen Beres; father, Alex Beres; and brother Alex Beres, Jr.
John is survived by his wife, Joanne P. Beresh; daughter, Cindy Beresh-Bryant; son-in-law, Rob Beresh-Bryant; sister, Evelyn (Beres) Rodgers of Wellsburg, WV; grandson, Matthew Beresh-Bryant; granddaughter-in-law, Jessica Gaines Beresh-Bryant; great granddaughter, Jaina Beresh-Bryant; and numerous nieces and nephews.
A visitation will be held on Sunday, August 8, 2021 from 3:00 p.m. until 5:00 p.m. at Thomas McAfee Funeral Homes, Northwest, 6710 White Horse Road, Greenville, SC 29611. A Celebration of Life service will be held on Monday, August 9, 2021 at 3:00 p.m. in the Northwest Chapel. Burial will be held in Greenville Memorial Gardens in Piedmont, SC.
Memorials may be made to Shriner’s Hospital for Children – Greenville, Attn: Office of Development, 950 W. Faris Road, Greenville, SC 29605.
Condolences may be left for the family on our website www.thomasmcafee.com obituary page under “Leave a Message or Share a Memory.”