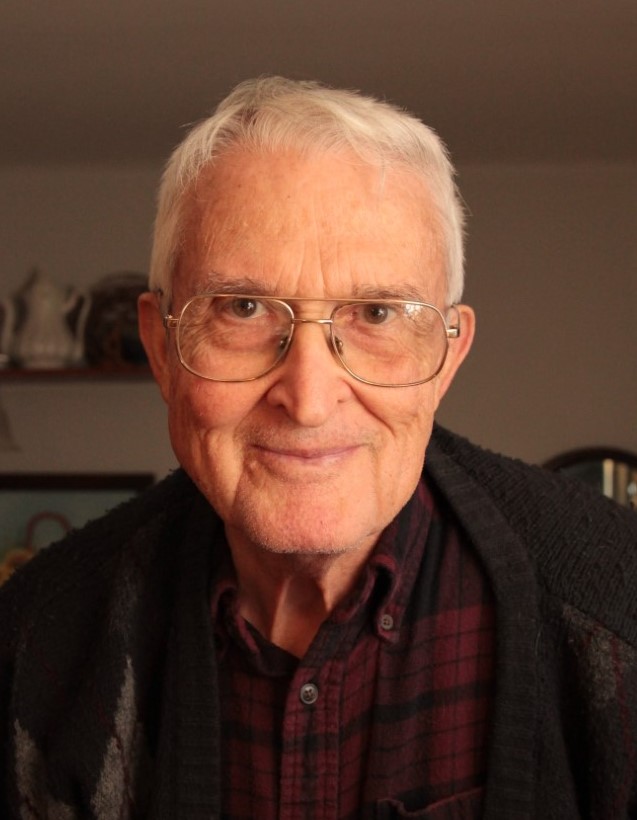 John Paul Newcomer, 87, husband of Elsie Renalds Newcomer, entered the loving arms of his Savior gently and peacefully on Thursday, August 19, 2021. He was surrounded both physically and virtually by his loving wife, children, and most of his grandchildren. He was the most godly, genuine, kind, and selfless husband and father, and his unwavering faith in God gives his family a peace and hope that surpasses all understanding.

John was born on December 4, 1933, in Del Rio, TX, to John Gilson and Grace Hope Newcomer. He was the sixth of ten children.

John spent most of his early years in Florida. He attended high school in Mountain City, TN, which is undoubtedly where he gained his love for the mountains. After high school, John earned his A.B. in Physics at Berea College in Berea, KY. He then earned an M.A. in Mathematics at Peabody Teacher’s College in Nashville, TN, followed by an M.S. in Nuclear Physics at the University of Tennessee in 1966. He taught college physics and mathematics for eight years. He also loved poetry and his wife describes him as being her dictionary and editor.

In 1957, while serving his two-year term in the army, John came to believe “that I was one of the sinners for whom Christ died, and claimed His gift of salvation.” He was faithful to his Lord throughout his life as a Sunday school teacher, an elder, a deacon, and a prayer warrior. His children remember hearing him quote Scripture while exercising every morning and seeing him read his well-worn and well-marked Bible.

He found his niche in life after attending a summer institute introducing him to computers. In 1967 John was hired by the Virginia Department of Highways as an engineering programmer working on an IBM 1620. John loved computers so much that in 1976 he bought a computer kit and spent three months soldering 20,000 connections to construct the computer — and it worked! He retired from the Virginia Department of Transportation in 1999.

A farmer at heart, John had a garden for many years, and also kept a cow named Sassy at his home in Montpelier, VA. He taught his children, by example, the value of hard work. He helped homeschool the younger two children and was constantly busy holding the house together with wire and duct tape. He kept the wood stove warm in winter and helped hang up clothes to dry until moving to South Carolina seven years ago.

He loved classical music and the old hymns of the faith. He treasured the opportunities he had to sing in Handel’s Messiah on six occasions and felt that singing those Scriptures contributed to his decision to follow Christ. He would tell his children that he would do the dishes for them if they would play the piano. What better way to get a child to practice?! He was a man of few words, but those few words were worth hearing, and we valued them. He had a great sense of humor, and his family loved to see him enjoy a good joke.

He was preceded in death by his parents John and Grace Newcomer; his siblings Loranna Wright, James Newcomer, Charlotte Newcomer, Jessie Auer, and Charlee Jackson; and grandson Job Michael Newcomer.