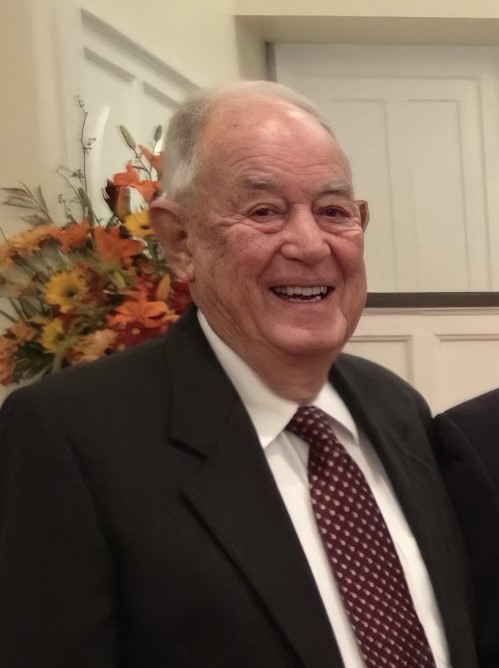 At the family residence.

Born in Greenville, SC, he was the son of the late John Wheeler and Bessie May Powell.

A lifelong member of Buncombe Street United Methodist Church, he earned his Eagle Scout there and later served as a Scout Master. He enjoyed summers with family and friends at Mountain Lake Colony. After graduating from Greenville High School, he attended Clemson University. After enlisting in the U.S. Army Air Corps, he served in France following D-Day and was honorably discharged in 1946. He graduated from Furman following his return home and was a member of the KA Fraternity. He was a true Paladin and enjoyed all Furman sports. He joined the family business, Ideal Uniform and Cleaners, and later became the owner. He was a member of the Downtown Rotary Club where he received the Paul Harris award. He was a faithful member of Community Bible Study, the Poinsett Club and was the oldest living member of the Greenville Country Club. His beach house in North Litchfield was a beloved place to visit and he enjoyed spending time with his family there.

A true Southern gentleman, gracious to all, his death marks the end of an era.

Memorials may be made to The Recreation Ministry of Buncombe Street United Methodist Church, In honor of David Stubbs, 200 Buncombe Street, Greenville, SC 29601, www.buncombestreetumc.org

Condolences may be shared with the family by clicking on the “Leave A Message, Share A Memory” button on the main obituary page.

At the family residence.