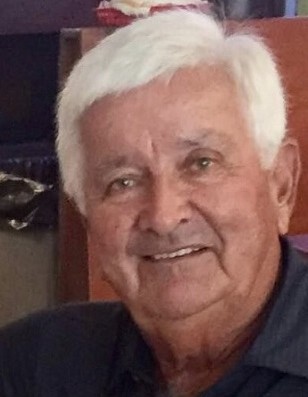 John William Houser, 77, peacefully passed away on Monday, November 30, 2020 at St. Francis Hospital with his beloved wife Gail and daughters Julie and Kristin at his bedside.

John was born on June 28, 1943 in Wilmington, NC, the only child to the late Paul and Estelle Motter Houser. At a young age they moved to Charlotte, NC where he spent his elementary and high school years. One of his most memorable times was as playing catcher on the 1958 winning team of the Babe Ruth World Series. He went on to graduate from Garinger High School in Charlotte in 1961, where he played both baseball and football. John received his BA in Economics in 1965 from the University of North Carolina at Chapel Hill, where he was a member and treasurer of the Sigma Nu fraternity. He showed his business acumen early, starting a profitable "underground" beer sales business out of the fraternity house. He began his career in the corrugated box business in 1966 working for Owens Illinois in Newberry, SC. In 1975, after meeting and marrying the love of his life, Gail, and with a toddler and a newborn, they moved to Greenville where he started Piedmont Packaging with his long time "brother" Charlie Muse. They sold Piedmont Packaging and started Universal Packaging in 1996, where he continued to work until his death. He also served for years on the board of Summit National Bank. John was well-loved within the community and was known as a legendary storyteller and an avid golfer. As a member of Thornblade Club, he spent most of his free time either out on the course or at the driving range. When he wasn't playing golf, you could either find him watching his grandchildren play sports, or maybe swimming in the ocean at his favorite home away from home, Garden City.

In addition to his parents he was preceded in death by an infant son, John William Houser, Jr.

A graveside service will be held Sunday, December 6, 2020 at 2:00 p.m. at Woodlawn Memorial Park in Greenville.

In lieu of flowers, memorials may be to St. Jude Children's Research Hospital, www.stjude.org, or to Shriners Hospitals for Children, 950 W. Faris Rd., Greenville, SC 29605.