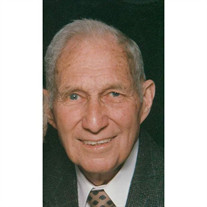 May 9, 1917 - July 26, 2004
Print
Email
John ?Jake? William Matthews, Sr., 87, of 5 May Court, formerly of 5590 Hwy. 101, Woodruff, SC, widower of Frances Howard Matthews, died Monday July 26, 2004 at his home. Born in Laurens County he was the son of the late Jesse and Edna Mae Wheeler Matthews. Mr. Matthews was owner and operator of Super Highway Oil Company from 1957 until 1985 and continued to help his son after his retirement. He was a United States Army Air Corps. veteran having served in both the European and Pacific Theatres during WWII. Mr. Matthews was a charter member of Edwards Road Baptist Church where he helped found and establish the church. He was currently a member of Greer First Baptist Church. He enjoyed time on his farm in Woodruff. Surviving is a daughter, Laura Matthews Scott and her husband Dan of Nashville, TN; a son, John W. Matthews, Jr. and his wife Joy of Woodruff; four grandchildren, Allison Scott, Daniel Scott, Austin Scott, and John ?Jay? W. Matthews III and his wife Brenda; two great grandchildren, Kerbie Matthews and Jacey Matthews, and a sister, Eunice Looper of Berea. He was predeceased by six sisters and two brothers. Visitation will be Tuesday July 27, 2004 from 6:00 pm until 7:30 pm at Thomas McAfee Funeral Home, Downtown. Funeral services will be Wednesday July 28, 2004 at 1:30 pm at Edwards Road Baptist Church with burial to follow in Woodlawn Memorial Park. The family will be at 5 May Court, Taylors. 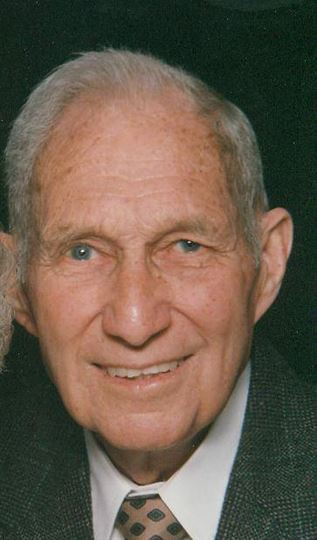