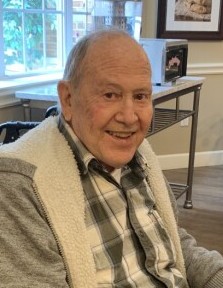 Born August 22, 1938, Joe was the son of the late Mary Eskew Keith and Joseph Henry Keith, Jr. He was a lifelong resident of Greenville, SC, and was a graduate of Greenville High School and Furman University.

After an early career in accounting and banking, Joe spent more than thirty years as a stockbroker at Edgar M. Norris & Co., Inc. (now BB&T Scott & Stringfellow). Those who knew Joe well understood him to be a man of integrity, character and kindness in business and in his personal life. Joe never met a stranger and was quick to respond to people in need, always sharing whatever he had.

He loved people from all walks of life and trusted people so much that it never even occurred to him to lock his door. Every December, Joe assumed the role of baker making dozens upon dozens of cakes to share with one and all. Any one lucky enough to have ever received one of Joe’s cakes can attest to both the shelf life and flammability of these rum soaked confections.

Joe was an avid outdoorsman, an active member of the hunt club and took great pleasure spending time with fellow hunters. Beyond hunting, he loved being in nature – backpacking or camping. Later in life, you could find Joe in a deer stand just observing nature. Many mornings, his favorite time of day, you could find him watching “the world come alive.” He had a soft spot for all “critters,” especially his beloved cat, Opossum.

From an early age, Joe was an entertainer. He even clogged his way on to a television show. A consummate storyteller and a collector of jokes, he took immense joy in the company of others and in making people laugh. Music always played an important role in Joe’s life. He loved bluegrass and he taught himself to play guitar.

Surviving, in addition to his children, is his loving companion of over twenty-two years, Alethia Walker of Greer, SC. Her caring nature and compassion sustained Joe. Words cannot express how much Alethia and her family meant to him. Her children, Cori Walker Roberts (Randal Morris Roberts) of Houston, TX, and Benjamin Miller Walker of Greer, SC, were equally devoted to Joe. They treated him as family and Joe certainly felt the same. Alethia’s grandchildren, Cole Walker Roberts and Evan Claire Roberts of Houston, TX, affectionately called him “Joe-Joe.”

Referred to simply as “Brother” by his siblings, Joe is also survived by his sisters, Eugenia Keith Crumpton (Jack) of Smyrna TN and Marion Keith Teague (Bob) of Dacusville, SC, and many nieces and nephews who adored him. In addition to his parents, Joe was predeceased by his brother, Thomas Eskew Keith and sister, Judith Keith Loftis.

In lieu of flowers, memorials may be made to the Greenville Humane Society at 305 Airport Road Greenville, SC 29607; https://www.greenvillehumane.com/make-a-donation/ or to the charity of one's choice.