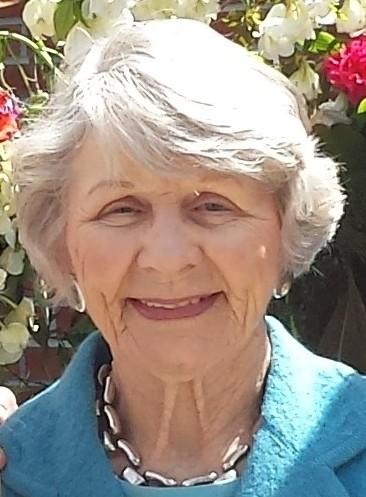 Katherine Anne Coiner Roberson, 84, of The Woodlands, Greenville, SC has left this world to join her Lord and much beloved husband, James (Jim) Earle Roberson, Sr. on Aug. 5, 2020.

Kathy was born in Knoxville, TN to Norval Letcher and Annette Robinson Coiner on Oct. 22, 1935 and was the beloved sister of Richard Steptoe Coiner.

Kathy was the consummate wife, mother, grandmother and friend. She and Jim settled in Greenville in 1965 (when Jim joined JE Sirrine). They joined John Knox Presbyterian Church and quickly became involved in the community.

She served as PTA president/volunteer for Lake Forest Elementary and League Middle Schools; community volunteer for McForest and McCarter swim teams; Meals on Wheels; and John Knox Presbyterian Church, where she served as Elder, President of the Women of the Church, Sunday School teacher, Vacation Bible School teacher, and Stephen’s Ministry. In 2010, Kathy received an Honorary Life Membership in the Presbyterian Women, Presbyterian Church USA. She was a member of the Ex Libris Book Club, numerous tennis teams, and the Botany Woods Women’s Club.

Jim and Kathy shared a love of traveling, lifelong learning (especially OLLI classes) and the performing arts. They were members of the Poinsett Club, Greenville Country Club and Harlequin Dance Club.

Jim and Kathy later lived in Portland, OR; Columbia, SC; and Boston, MA. They returned to Greenville in 1995.

The family is so grateful to all of their incredible friends and John Knox. We will miss her strength, wisdom, and love.

In honoring Katherine's wishes, private services will be held at John Knox Presbyterian Church at a later date. In lieu of flowers, memorials may be made to the organizations listed below. Friends are encouraged to leave condolence messages for the family on the “Tribute Wall” tab above.