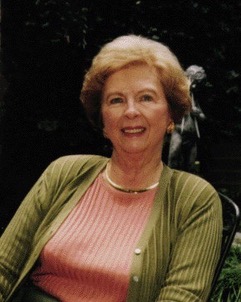 Mrs. Roland McKittrick Knight (née Katherine Elizabeth Graves) born in Union, South Carolina died on January 6, 2021. She was the widow of Roland M. Knight, MD, and the only child of Hobson William Graves, DVM, and Frances McDow Graves. She resided on McDaniel Avenue in Greenville.

She was a member of Christ Church Episcopal and joyfully participated in its many services and activities. A life long Republican, Vice Chairman, Greenville County Republican Party 1962-1963. At various times she served as President of the following organizations: The Guild of the Greenville Symphony and was a life member, the Greenville County Medical Society Auxiliary (Alliance) 1972-1973 and was a life member, The Carillon, and The Quadrille.

Her brief teaching career was both varied and challenging, first at The South Carolina School for the Deaf and Blind (4th grade Blind Department). She lived on campus and was House Mother to six-year-old boys. That year she was cheer leading instructor to the Deaf Department students. Second year teaching was at St. Paul’s High School, Charleston County (11th and 12th grade English). The school was at Yonge’s Island where most all of the students spoke “Geeche.” In 1952 she married and moved to Houston, Texas where she taught 4th grade children, most of whom had recently arrived to America and who spoke only Spanish which she did not.

The family desires to express its profound appreciation to her wonderful caregivers Sara Burdette, Sandra Jenkins, Charley Black, the staff of Hands Thru Us and Interim Hospice.

Services will be private. Memorials may be made to the Greenville Free Medical Clinic or Christ Church Episcopal or to the charity of one’s choice.