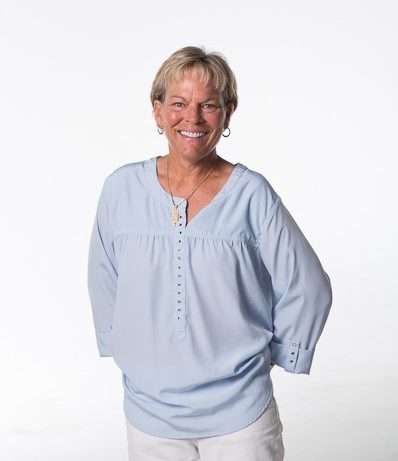 “And one day she discovered that she was fierce, and strong, and full of fire, and that not even she could hold herself back because her passion burned brighter than her fears.”

Joyce Elizabeth Turner, that fierce and fiery being we knew better as Libby, began to set the world ablaze on October 30, 1957, in Rock Hill, South Carolina, born to Joyce Earle Sanders and William Bomar Turner, Jr.

For 15 months, Libby ran a valiant, vivid, vulnerably open race against ovarian cancer, to which she reluctantly bowed at age 64 on June 9, 2022, in Greenville, South Carolina, far too soon. She fought hard and didn’t want to leave us, a point she made abundantly clear. She lived and loved with a rare and genuine openness.

Along with her adoring parents Bill and Earle, Libby leaves behind her brothers William Bomar (Bill) Turner, III, MD, and Stephen Sanders Turner and his wife Debbie ; her beloved nephews William (Will) Bomar Turner, IV, Matthew Stephen Turner and his wife Kelly, Benjamin Hallman Turner, and Russell Sullivan Turner, whose lives she showered with limitless attention, shaping them into the men they are today; Donna Bowling, Libby’s “other” for more than 30 years, her constant and devoted partner in life, love, and laughter; and her sister and niece of choice, Dana Bowling Honbarrier and Cannon Avery Honbarrier.

Libby’s formal education spanned from Northwestern High School in Rock Hill to Furman University to Rowan University in Glassboro, New Jersey. After graduating from Furman, Libby embarked on a career path that led her to Saint Andrews Presbyterian College in Laurinburg, North Carolina, to the North Charles Street Design Organization in Baltimore, and to The Education Group of Communicorp in Atlanta. She traveled the country, brilliantly counseling colleges, universities, and prep schools for several years until 1994, when she and Donna founded Mindpower, Incorporated, an Atlanta-based marketing and branding agency. There, she helped countless clients-colleges, universities, hospitals, old folks’ homes, and good-for-the-world non-profits-to find their truth and then use it to connect powerfully with people. At Mindpower, Libby opened the door for dozens of creative careers to grow in her footsteps. She set the bar high for all who have followed her.

Libby created and inspired cut-to-the-bone campaigns and taglines that could have mirrored her own personal mantras-and maybe they did:

These and scores of others testify to Libby’s integration of her life and work into a singular mission-to excavate, curate, cultivate, communicate, and love the truth. She carried out that mission with relentless drive and refreshing candor, eschewing smoke and mirrors, stripping the varnish, distilling everyone and everything in her purview down to the very essence.

Libby lived for the truth. She accepted nothing less, and she always spoke it clearly and concisely, whether it be her utter disdain for pantyhose or her shocking adoration of Hallmark movies. She put little stock in ceremony or preamble; however, she could deftly utilize the tool of hesitation, albeit briefly and only when necessary, preferring to pounce directly upon the biggest elephant in any room. This style of hers often, if not always, surprised, shocked, appalled, offended, perturbed, and/or amazed her audiences, from chambermaid to chancellor, with not a flinch from Libby. And yet, so many of those came back for more and more. They would find that finding themselves and expressing their true identities led to success, no matter how much it might hurt.

On a personal level, where “LT” dwelled most comfortably and meaningfully, she served generously as a trusted mentor, teacher, friend, bosom companion, button pusher, prankster, mother hen, provocateur, walking buddy, and confidant. An unconditionally devoted daughter and aunt, she baked countless pound cakes and other confections alongside her mother. She perfected the Turner family recipes, cooking, boiling, frying, stewing, baking, and generally working up a sweat in the kitchen at every holiday for her whole clan. An absolute wiz at her infamous ChexMix, LT produced batch after batch for friends and family at Christmas. This turned friends into enemies, thieves, and consummate sneaks who fought fiercely over this delicacy, but she always had one more batch to keep the peace. Secretly, she loved the general bad behavior and did her best to egg it on.

As clear in her personal taste as she was in her marketing and branding prowess, Libby loved flannel pillowcases; hot summer sunshine; big bags of popcorn; light beer and cheese quesadillas; giant 32-ounce Diet Cokes and ice-cold diet Sunkist. She embraced the em-dash and despised the ellipsis. She loved any song by Carole King, often waking up in the mornings to sing with Donna.

Libby spent hours pondering the big, bigger, and biggest questions of life and the universe in local dive bars with friends. She was a tennis junkie and adored Rafa Nadal, who we are sure won this year’s French Open in honor of her. And then there was that dog of hers, Bogey. Oh, how she adored that troublemaker! Libby would grab him and fling him up on her shoulder, and he’d pretend he hated it.

A voracious reader, Libby absorbed knowledge, causing her to be known around the country for her expansive mind. Brilliance came as naturally to her as breathing does to the rest of us. She was always chasing down a new idea, turning it over and over in her brain, and spinning gold, adding to her treasure chest of talent as a writer, creative director, thinker, strategist.

Unveiling the raw truth might’ve been Libby’s greatest gift to the world.

Libby Turner’s brilliant mind was shored up by her phenomenally boundless heart. She worked every day to be a bit better than she had been the day before, an example that will be missed. Many who remember and honor her are those she’d picked up, dusted off, and helped out with her countless gifts, including that unforgettable smile.

If you wish to honor Libby’s remarkable life with a memorial gift, please consider one or more of these resources that spoke to her: 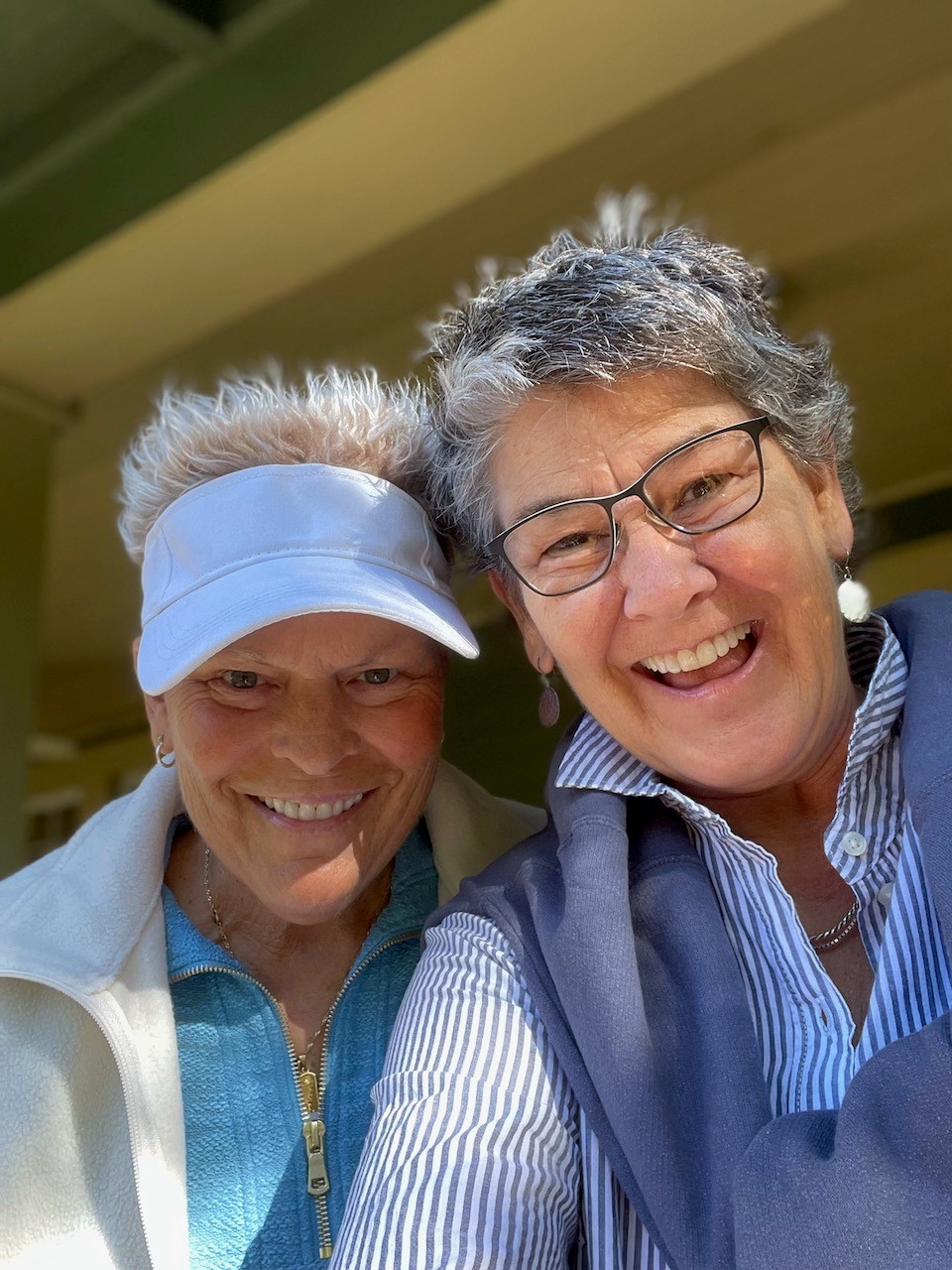 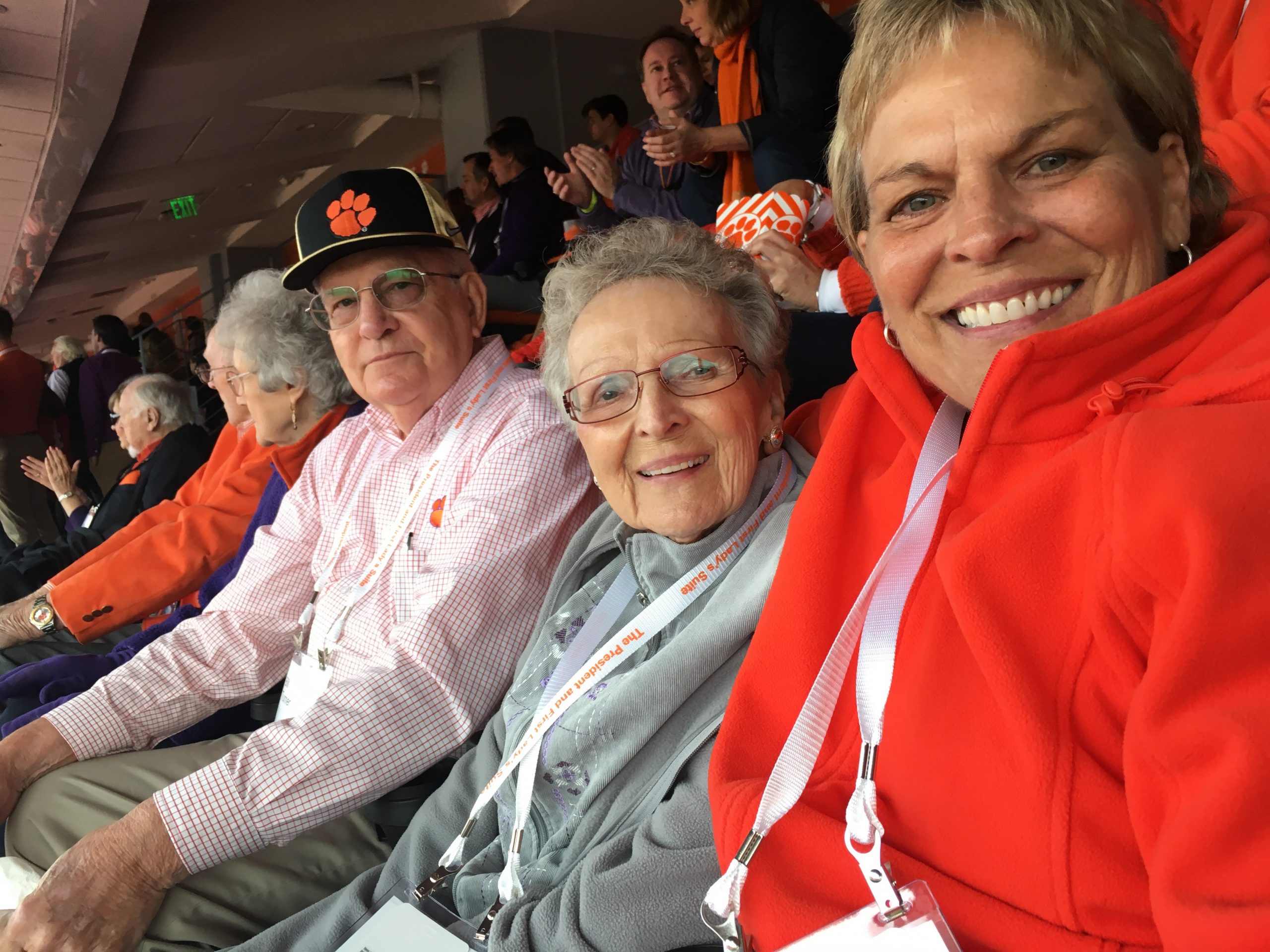 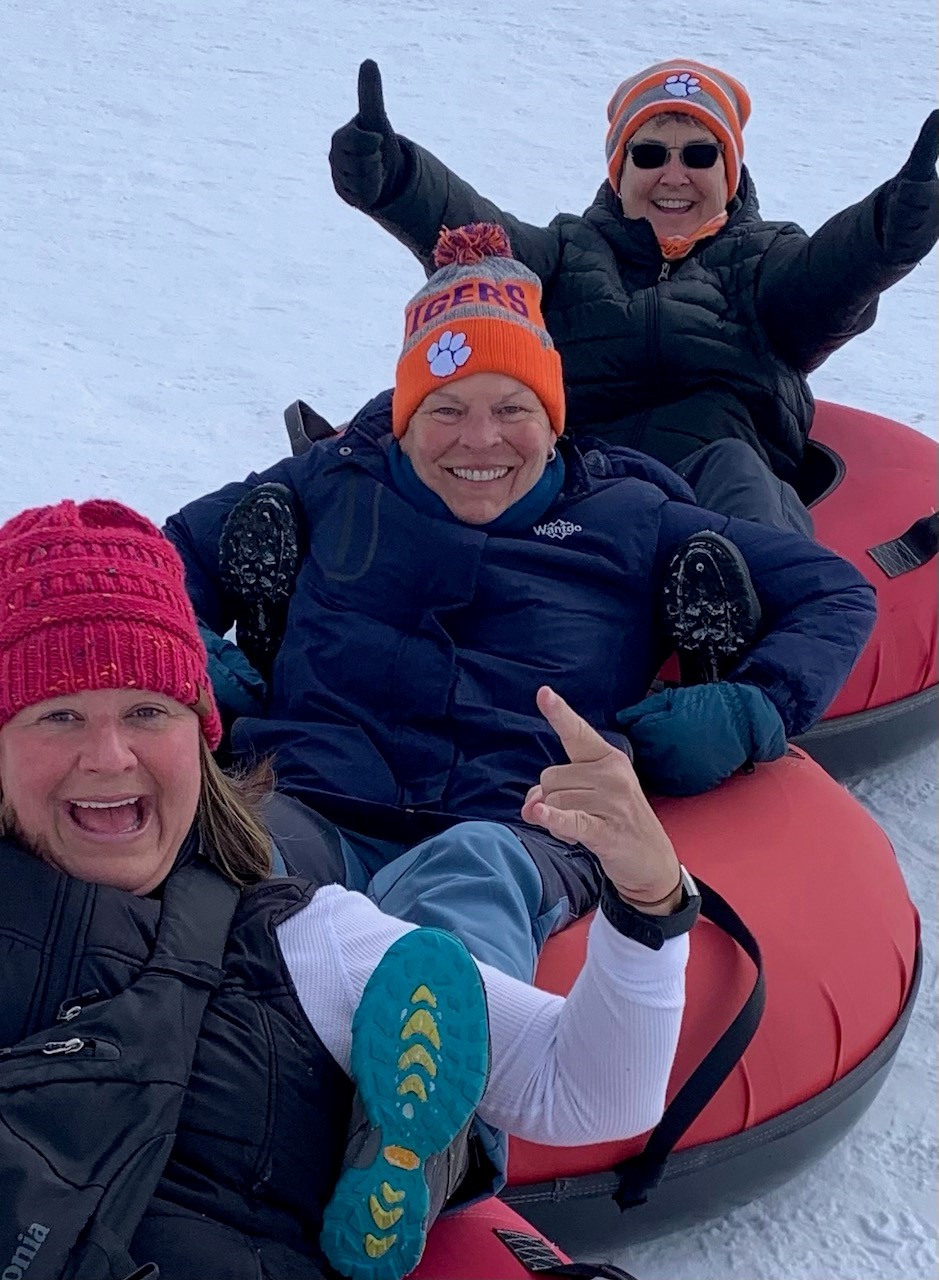 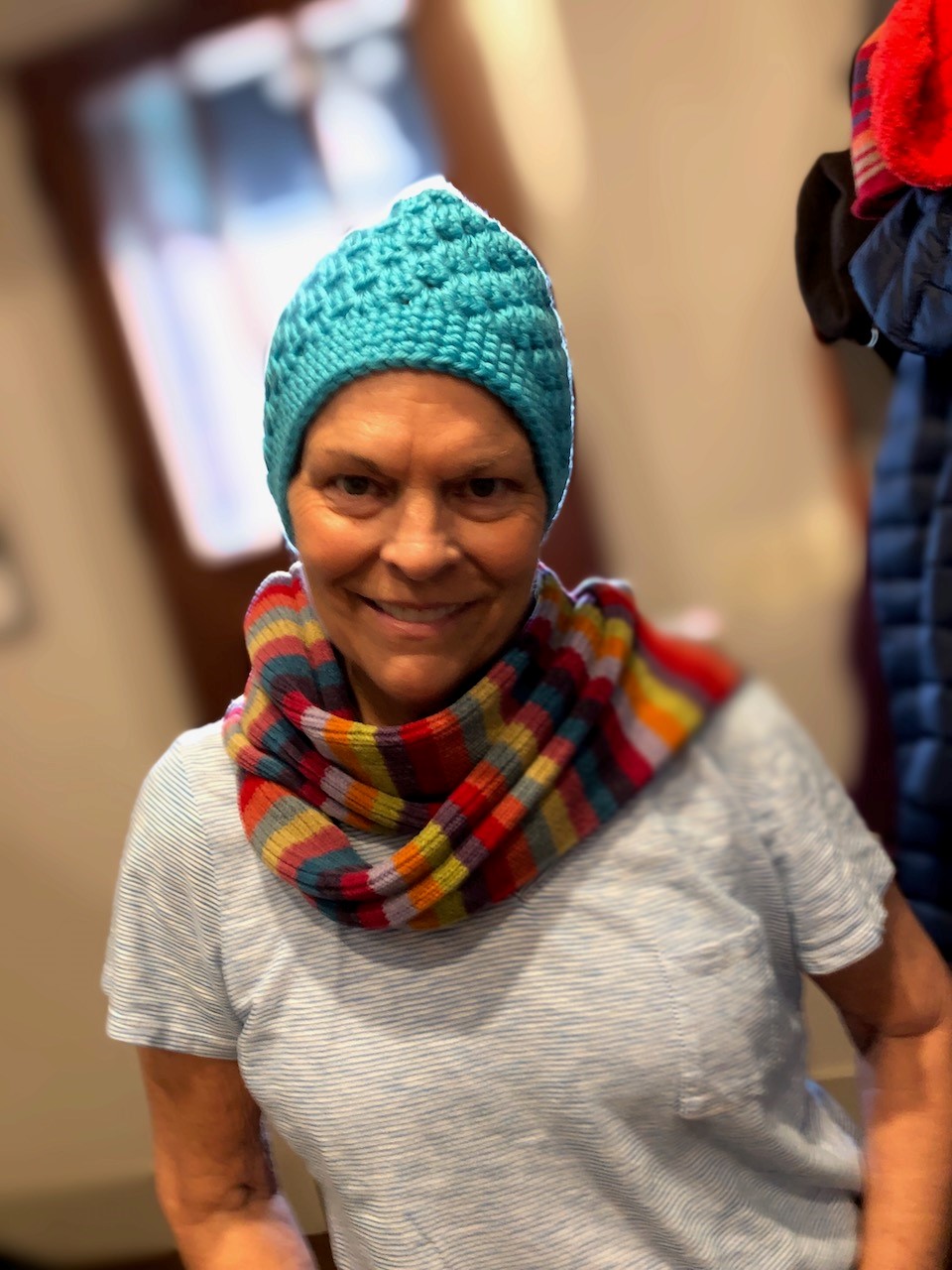 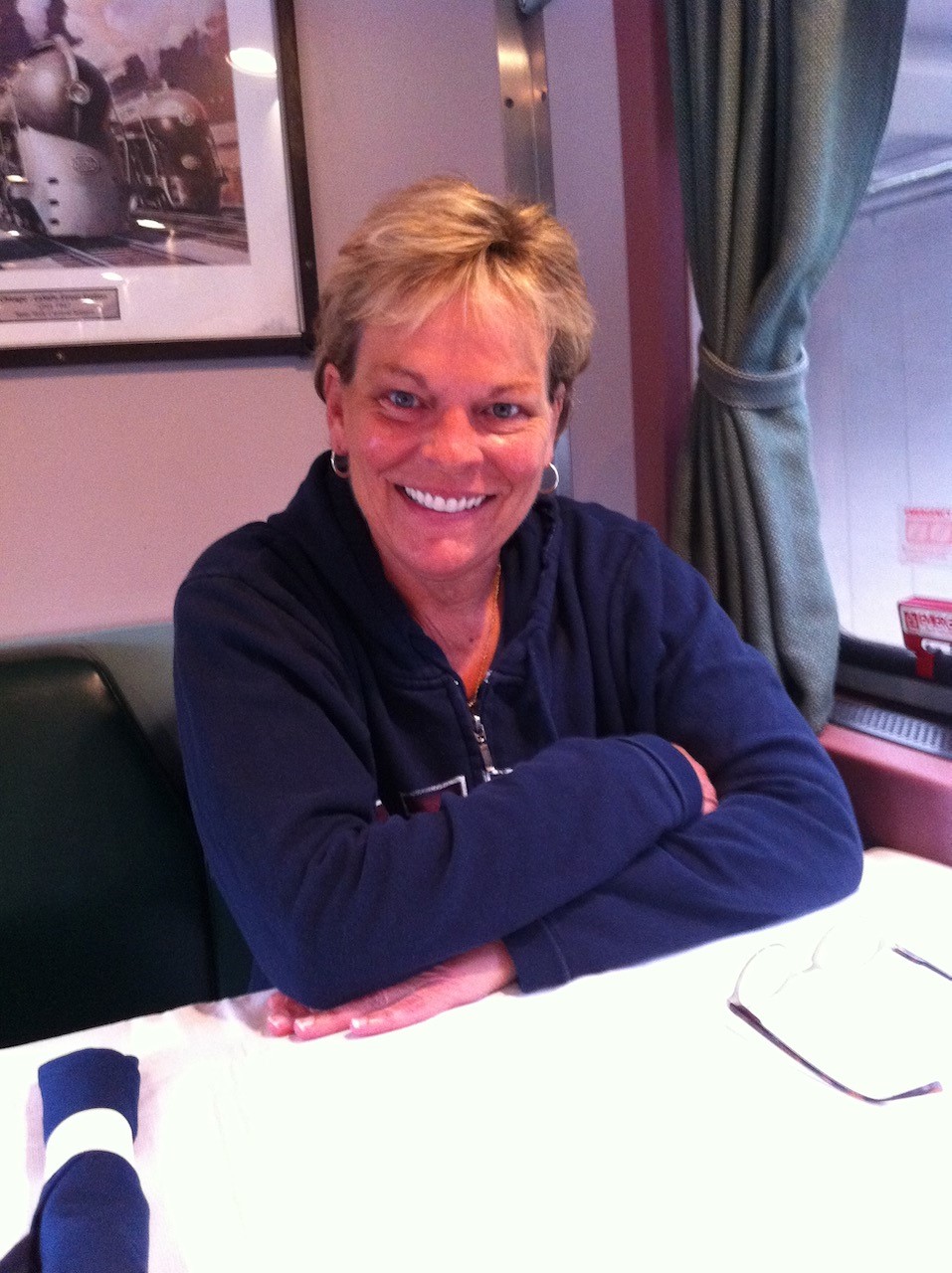 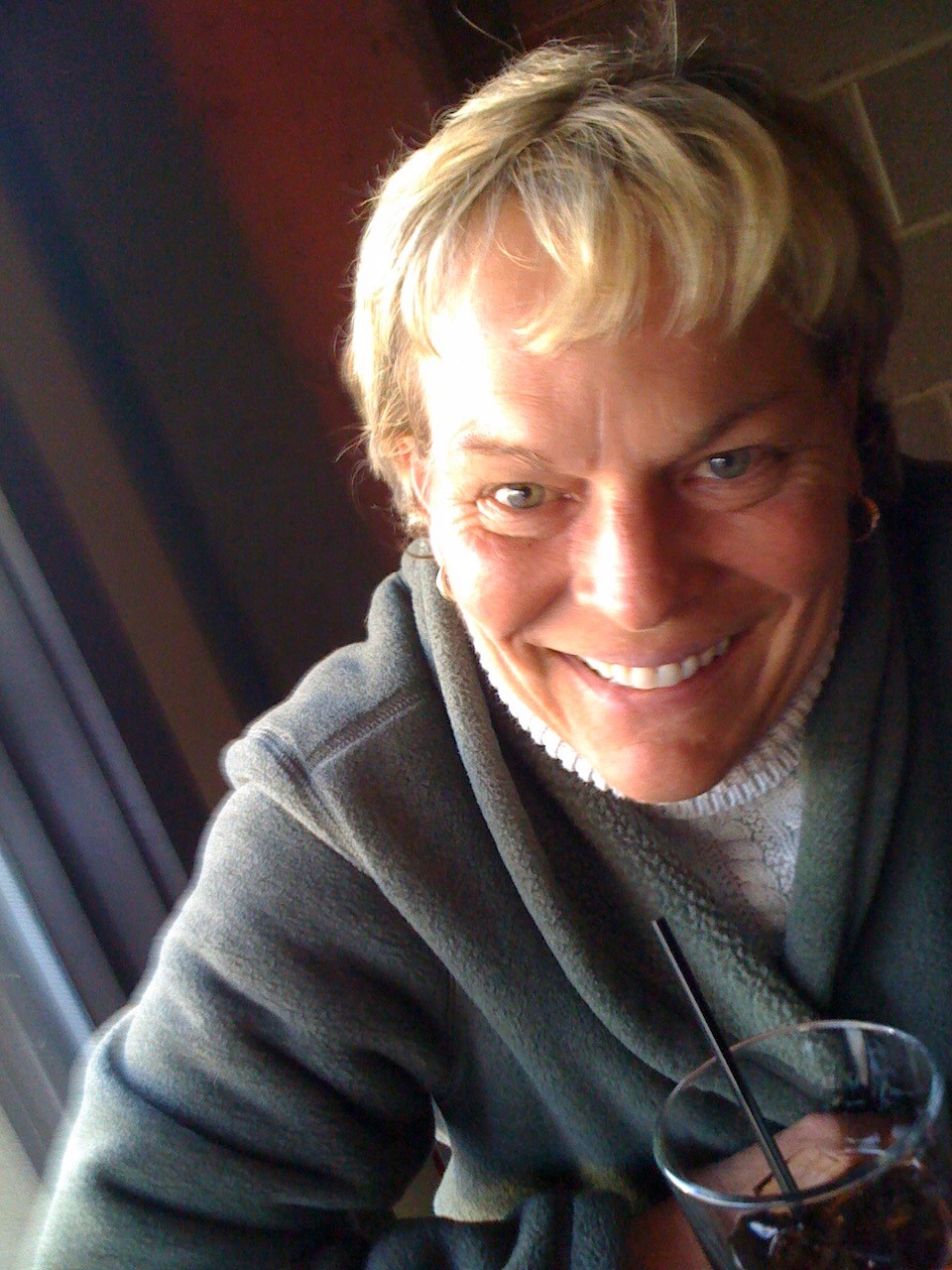