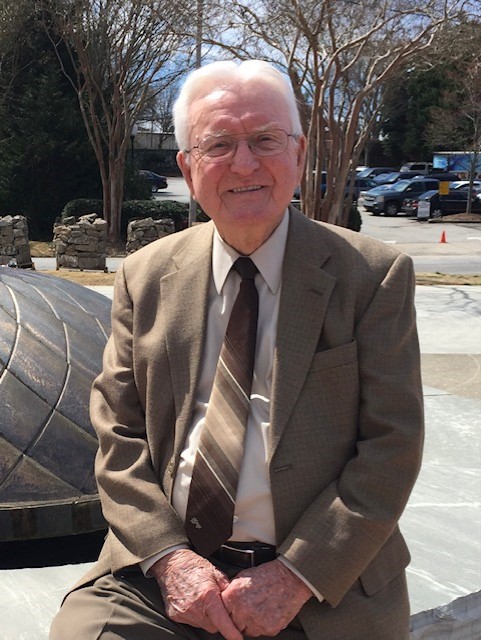 Luther William Cranford, 97, beloved husband of the late Eleanor Cranford, passed away on Monday, May 23, 2022.

Born in Eatonton, GA, he was a son of the late Edward Cranford, Sr., and Lois Williams Cranford.

Luther was a proud Navy WWII veteran. He was stationed in the South Pacific. He began his career in textiles with Abbott Machine Company after graduating from Parker High School following the war. His career in carpet yarn spinning led to receiving a U.S. government patent on his design of a cradle used in the spinning of carpet yarn. He was also an avid golfer, a master storyteller, and most importantly, loved his family dearly. Mr. Cranford was a member of Parisview Baptist Church and the retired Vice President of Progressive Equipment Co.

In addition to his wife and parents, he was preceded in death by brothers, Edward F. Cranford, Jr., and Johnnie Cranford.

In lieu of flowers, memorials may be made to Parisview Baptist Church, 100 Bud St., Greenville, SC 29617.