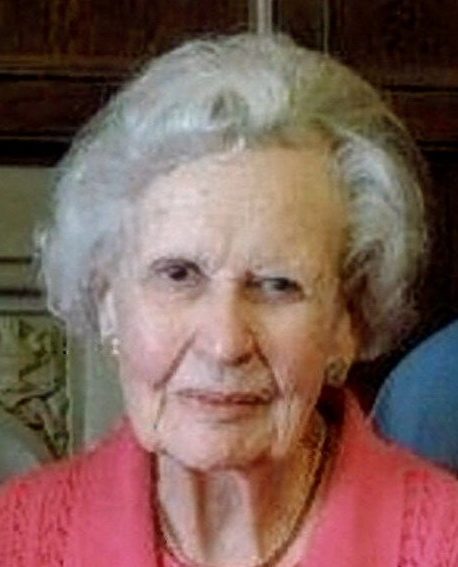 Marian Jeffries Kittredge passed away peacefully on April 24, 2022, surrounded by her loving family. She was 98. Born in Cleveland, Ohio on May 20, 1923, her school friends in the early years took her last name of Jeffries and gave her the nickname “Jeff.” Her nieces, grandchildren and great grandchildren called her “Munty.” She was beloved by all who had the privilege of knowing her.

Herb and Marian Kittredge were married as World War II was ending. Herb attended Williams College and Marian attended Wellesley College. After the war, they completed their educations at the University of Denver. It was at the University of Denver that they met, and became lifelong friends with, fellow student and Greenville native Jim Henderson. On the recommendation of Jim Henderson, the Kittredges moved to Greenville in 1950, when Herb took a job with a start-up business known as Texize. Greenville became, and remains, their home.

While raising a family, Marian contributed greatly on so many fronts to the Greenville community. She joined the Thursday Club more than 60 years ago; she helped start the Great Books program in area schools; she participated in Greenville Women Giving; and she was an award-winning duplicate bridge player, often giving her time to teach and mentor beginning bridge players.

Marian Kittredge’s list of accomplishments is seemingly endless, but those accomplishments are not what made Marian such a truly remarkable and admired person. Marian was devoted to her family, and that devotion was reciprocated by her family. Marian was authentic, and she modeled unconditional love. She was an unassuming and genuinely kind person. She was a great listener, patiently pondering a family member’s or a friend’s concern before giving sage and nonjudgmental advice. Marian was not only wise, but her quick wit and sense of humor made her a people favorite. It is her caring and loving ways that will leave an enduring mark on the Greenville community, her loving family and countless friends and admirers.

The family wishes to extend their gratitude to the wonderful people at the Blake and the Hospice and Palliative Care of the Palmetto Region.

A private burial will be held on Saturday, May 7. The family will receive friends in a celebration of Marian’s life at the Poinsett Club, 807 East Washington Street, Greenville, from 5:00 p.m. to 7 p.m that evening.

Condolences and your favorite memories may be shared with the family by clicking the “Leave a Message, Share a Memory” button below.