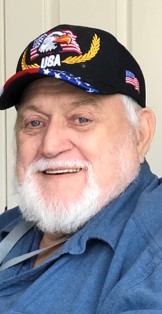 Born in Greenville, he was the son of the late Judge and Hazel Dean Cooper.

Bubba was a member of Trinity Baptist Church and was an avid sports enthusiast. He retired from Huntington & Guerry Electrical Company after more than 45 years of loyal service.

A visitation will be held Sunday, June 27, 2021, from 1:00p.m. until 1:45p.m. at Thomas McAfee Funeral Homes, Northwest followed by the funeral service at 2:00 p.m. in the chapel. Burial will be held in Graceland Cemetery West.

Condolences or a memory may be left for the family at the bottom of the obituary page.

To leave a condolence, you can first sign into Facebook or fill out the below form with your name and email. [fbl_login_button redirect="https://thomasmcafee.com/obituary/maurice-bubba-cooper/?modal=light-candle" hide_if_logged="" size="medium" type="login_with" show_face="true"]
×