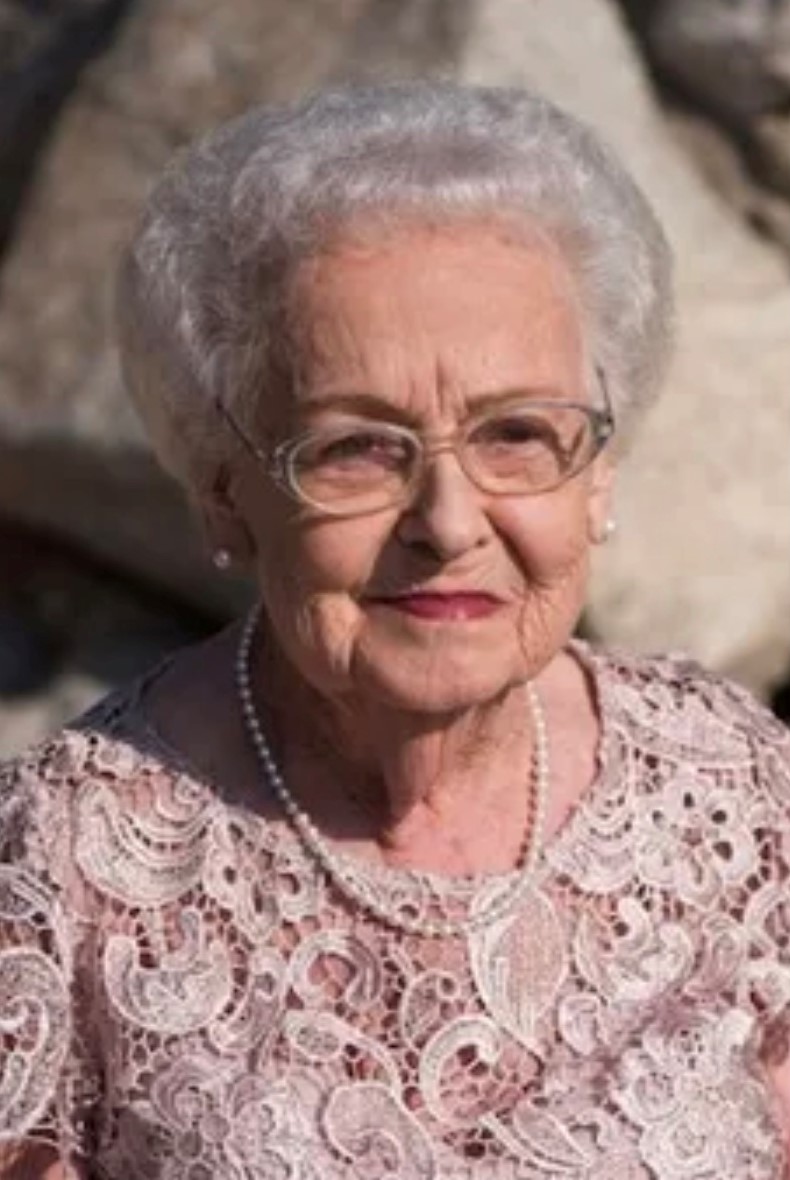 Jerry McManus Wood, 93, passed away peacefully on Thursday, May 19, 2022, surrounded by her grandchildren. Born in Laurinburg, North Carolina, she was the daughter of the late Thelmar C. McManus and Bleeka Smalls McManus. She attended Mars Hill University and worked for many years in South Carolina as an Executive Secretary at Greenville Office Supply in Interior Design. After her husband Frank passed in 1984, she chose to stay in Greenville with her church and friends. She was a long-standing member of Eastlan Baptist Church in Greenville until moving to California in March 2011. She moved to Stockton, California to a beautiful lakeside home to be near her son and his family. In 2015, she moved in with her son and his wife in El Dorado Hills, California.

She suffered with COPD for many years. In December 2021, her son Terry suffered a brain hemorrhage, which further exacerbated her COPD. Since January 2022, she resided at New West Haven Assisted Living in Cameron Park, California. She absolutely loved her time at New West Haven and fondly referred to the staff as “my people”. Her family greatly appreciated the wonderful care she received there. Being from South Carolina, Jerry loved sweet tea (which is not a staple in most places in California). The chef would make sweet tea every day for Jerry and her friends; and it will always be a staple there in her honor.

In addition to her parents, Jerry was preceded in death by her husband, Frank Hilliard Wood, Jr.; her youngest son, Thomas Charles Wood (Chip); and her sisters, Annah McManus Neely and Patricia McManus Turner.

She is survived by her son, Terry Wood (Georgann Ashby Wood); grandchildren, Ashley Spoor (Adam), Kristin Wood (Amber), and Mathew Ferdun Wood (Tyler); and 3 great-grandchildren. She is also survived by her nieces, a nephew, and several great-nieces and nephews. A woman of unfailing charisma and strength, Jerry was loved very dearly and will be sorely missed by many.

Jerry will be laid to rest in Greenville, South Carolina alongside her husband and youngest son. A graveside service will be held on Saturday, June 11, 2022, at 11:00 a.m. at Woodlawn Memorial Park, located at 1901 Wade Hampton Blvd., Greenville, SC 29615.