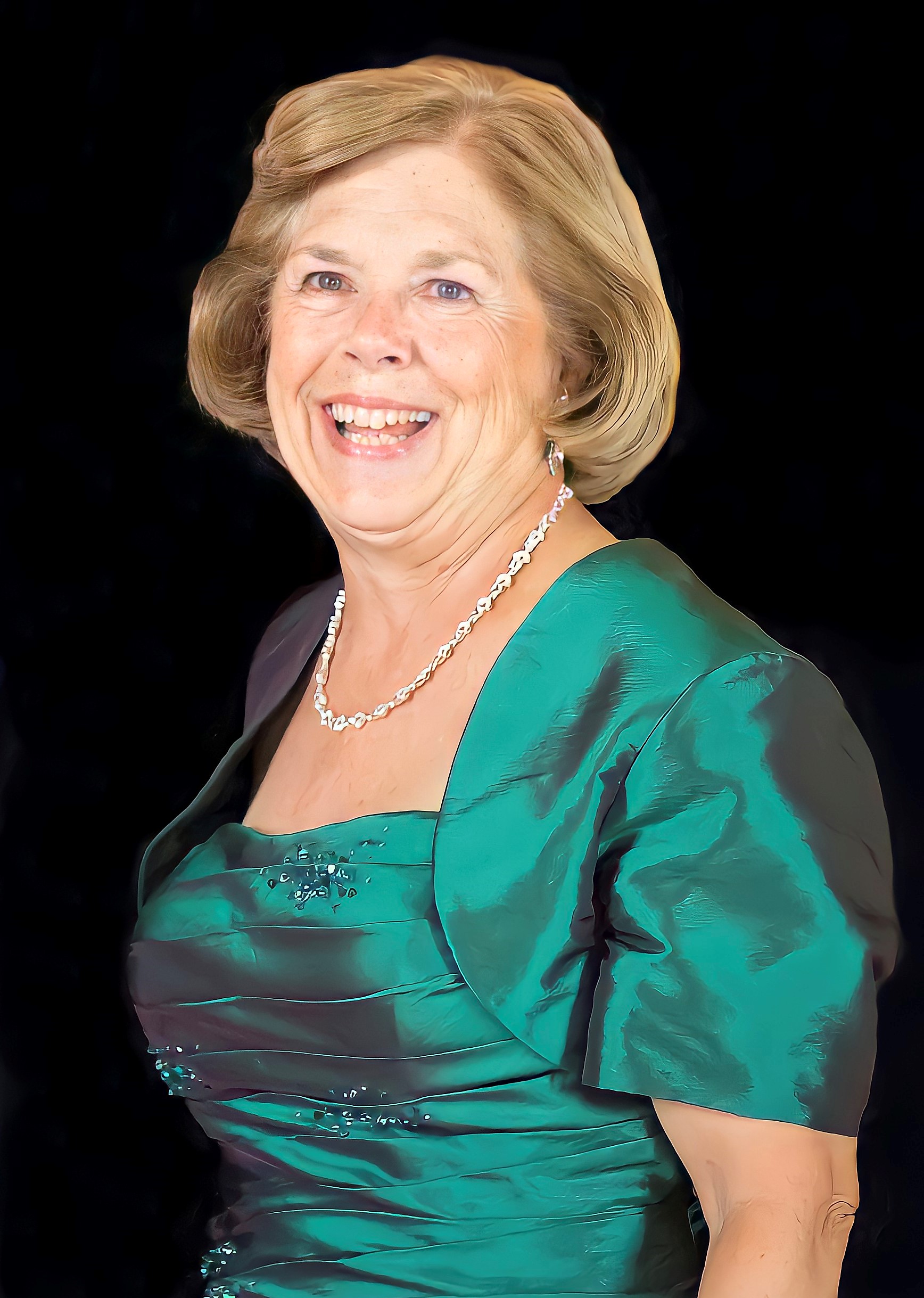 Patricia Ann Behning was born near Chicago in 1945, and was adopted as a newborn into a traditional and loving family with all the best midwestern characteristics.  Although she left Illinois many years ago, her sturdy values, strong work ethic and love of God and family never left her. The girl left the Midwest, but the Midwest never left the girl.

Her father, Henry Behning, managed a local piano manufacturing plant and her mother Bette, raised Patty and her big brother Bobby in a house overlooking the Rock River in Oregon Illinois.  While in high school, she got good grades, dated the sheriff’s son, sang in the choir and began a part time job at a local stable.  She loved horses and riding, a passion she eventually passed to her daughter and some of her grandchildren.  She loved to read, especially Nancy Drew, Cherry Ames and any books about horses.  She was a cowgirl at heart.

While attending Parsons Collage, she joined the college choir where she met Sandy Anderson.  She thought he was a bit nerdy because he wore his cowboy boots the wrong way, but he persisted and her mind was changed.  They fell in love and married in 1967 and enjoyed 54 years, three children and 8 cross country moves together before finally settling in the Greenville area in 1996.

In 1969, her first child was born, Elizabeth, named after her own mom.  A few years later, she had her “almost” twins, Todd and Erik.  Pat was a devoted mom, ensuring her children were exposed to all kinds of opportunities and experiences.  She was without a doubt their biggest cheerleader, and when she was on the sidelines of a soccer game, her volume and energy would practically pull the team to victory.   She loved it so much, she started coaching, and ultimately led Erik’s youth team to a state championship.

Throughout her life, she maintained her love of music and singing, always participating with joy in her church choirs, singing lullabies to her children and grandchildren and enjoying musical performances.  She loved to duet in the church choir with Sandy and sing the occasional solo, especially at Christmas time.  When singing as part of a congregation, she would reflexively start singing harmonies which simultaneously sounded beautiful and embarrassed her then teenaged children.

Along the way, Pat developed a deep love of gardening.  She worked tirelessly even into her last few months planting, nurturing and enjoying the most beautiful garden.  She volunteered countless hours at her church to create a peaceful and abundant prayer garden.  She taught her daughter everything she knew about about gardening, a passion that Beth has passed on to her own children.

Pat’s children each found their own loves, and Lars, Heather and Carissa were welcomed into the family over the years.  As much as Pat loved being a mom, becoming a grandmother was her true joy.  She enjoyed spoiling them while knowing she could just turn them back over to their parents.  As each grandchild arrived – Meredith, Jack, Trevor, Ella, Gwendolyn and Charlotte – her love and happiness multiplied.  She even conducted “Grammie Camps” for her grandkids, hosting them individually for a week at a time so she could give them her undivided attention.

Pat was never accused of not having an opinion, and she was seldom hesitant to share it.  When her kids were young, her house was not usually magazine cover ready, but it was absolutely the most fun house in the neighborhood and all the kids loved to spend time there.  She took great delight in decorating for every season and holiday – she was an HGTV devotee.  If you rode more than two floors with her in an elevator, you had become a fast friend – she truly never met a stranger.  While she had a somewhat limited palate and probably would not have made the cut on a cooking show, there was no where she’d rather be than sitting around a dinner table with her family and friends talking for hours. She loved jigsaw and crossword puzzles, and later in life began a well loved hobby of photography, even selling some of her work – she was so proud to rightly call herself a professional.  Many years ago she bestowed upon herself the title of First Christmas Elf, and she has never been dethroned.  There was nothing she wouldn’t do for her friends to whom she was fiercely loyal.  She was continually guided by her Christian faith which only strengthened over the years and from which she took great comfort.

She leaves behind her loving husband Sandy, children Beth (Lars), Todd (Heather), Erik (Carissa) and her six grandchildren, her siblings in law Karen, Lin and Ken, several nieces and nephews and countless friends who will miss her dearly but know they will see her again.

In honor of Pat, memorials may be made to the Choir at Grace Covenant Presbyterian Church, 739 N Main St, Mauldin, SC 29662.

I was lifted up again

I was lifted up again by the Lord

No matter where I roam

I will find my way back home

I will always return to the Lord

In the gentle evening breeze

By the whispering shady trees

I will find my sanctuary in the Lord”