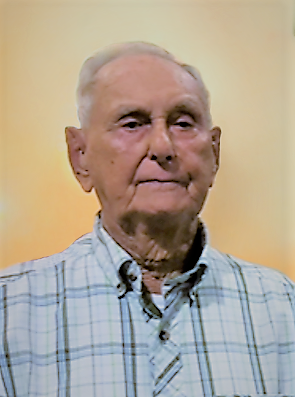 Robert Berry “RB” Hellams, 94, husband of the late of Pauline Hellams, passed away on Saturday, September 4, 2021 in his home.

Born in Laurens County, SC, he was the son of the late Rob and Ruth Davenport Hellams.

A Veteran of the US Army, RB lived in the mill village of Conestee for over 75 years where he worked in the early part of his career. At the time of his passing, RB was the oldest resident of Conestee. He retired from the Henkel Corporation in Mauldin where he worked for over 25 years.

In addition to his wife, he was preceded in death by two sisters, Edna Franklin and Mary Faulkner; and three brothers, Jack Hellams, JY Hellams, and Jamie Hellams.

A visitation will be held Saturday, September 11, 2021 from 12:30 p.m. until 1:45 p.m. at Thomas McAfee Funeral Homes, Southeast followed by the funeral service at 2:00 p.m. in the Chapel. Burial will be in Greenville Memorial Gardens.