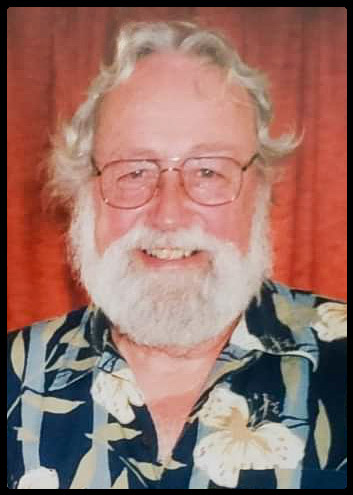 Bob Cameron lived a long and full life.  His journey started in Philadelphia, where he was born and raised by the late Robert and Agnes Yingling Cameron.  Bob served in the US  Navy as a submariner during the Korean conflict.  He was proud of his service.  After serving his country, Bob returned to Philadelphia where he became a successful beautician.

Bob married Millie and they started a family.  They soon answered the call of the Jersey shore, where they would make their home for decades. Bob was a business man, building Jerwil Aluminum into a thriving business that provided both a service and jobs.   He also provided housing as he invested in real estate on 19th Avenue and was a kind and attentive landlord to many over the years.  Bob was a life-long member of Point Pleasant Elks #1698 and of Point Pleasant Moose 1549, being active socially and assuming responsibilities in leadership and service.

Bob always wanted to travel.  Once his children were raised and on their own, Bob and Millie hit the road.  Many people dream of getting in an RV and travelling; Bob and Millie spent decades going where they wanted. They visited festivals, events, sights, businesses, and friends.  As Bob roamed the country in his RV often seeking square dancing, dulcimer festivals, and gem shows, he gathered hat pins and jewelry.  His multiple hats filled with pins and the hand-crafted silver and turquoise jewelry were remembrance of places travelled and the many friends and relationships forged.  Every ring, bracelet, and belt buckle told a story.  And there were a lot of friends from all corners of North America to share those stories with.  As they travelled, they paused, spending entire seasons in Alaska and Maine, and began to move the “home base” from New Jersey to the Rio Grande Valley in TX.

Bob and Millie slowly transitioned from RVers who stopped occasionally to neighbors in the valley who travelled a lot.   Bob had a beautiful home built in the community full of travelers and he enjoyed his years there with Millie.  The list of friends continued to grow.  After the loss of his wife, Bob moved to The Palmettos in South Carolina.  His last years added Bingo winnings and more good friends.  The last miles of Bob’s journey were bittersweet: Bob enjoyed his life with the residents but missed his lifelong copilot—Millie.  He has gone to be with her.

Bob Cameron crafted his journey to match the vision he had of the life he wanted to live.  He dreamed it and he did it.  Along the way, a lot of people interacted with and got to know Bob.  He is remembered by his family and his friends.   He will be missed.

He was preceded in death by his son, Robert Cameron.

In lieu of flowers, memorials may be made to The Michael J. Fox Foundation for Parkinson’s Research or made while camping (and thinking of Bob) in a State or National Park.