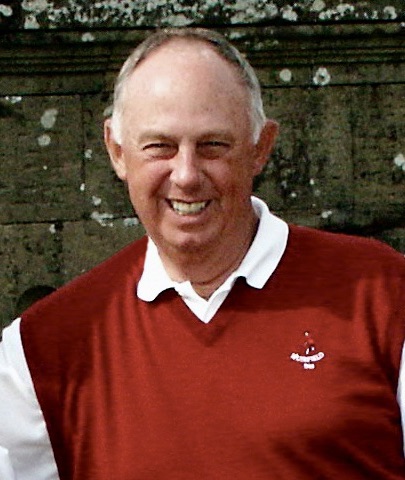 Robert Overton Taylor peacefully passed away on Tuesday, August 2, 2022, at the age of 86. His three children, two daughters-in-law, ten grandchildren, four great-grandchildren and countless friends were blessed to be loved by him.

His beloved wife of 63 years, Kay Taylor, passed away in 2018 and today they are once again holding hands in Heaven. Bob was born in Williamstown, Kentucky, in 1935 and was the son of the late Rilla Taylor and Ruben Taylor. His sister, Lucille Hale; and brothers, Broadis (Buck) and Kenneth (Chalk) Taylor predeceased him.

Bob Taylor was a special man. He lived for his family and never missed an opportunity to show the importance and the blessing of strong family roots. He grew up in a very small rural Kentucky town where he met the love of his life, Kay, and was married in 1955. He attended University of Cincinnati on a basketball scholarship and later graduated from University of Louisville where he achieved a degree in education.

Bob had a distinguished professional career at The Prudential Insurance Company where he ascended to Executive Vice President of US Real Estate. He later moved to Greenville, South Carolina to join C Douglas Wilson and eventually US Shelter Corporation.

Although he was a devoted father to three, he was truly a second father to all their many friends, always available to discuss anything and thoughtfully offering sage advice concerning life’s simple and complex questions. Bob had so many admirable qualities, but his friends will miss his steadfast loyalty, quick wit – and endless sense of humor.

Bob’s favorite pastime and hobby was golf. He did not take up the game until his early thirties but with hard work and talent became a very accomplished player. He was a long-time member of Greenville Country Club where he shot his age or better over 100 times. One interesting (and almost unbelievable) fact is that Bob had 27 hole-in-ones. He would never boost about the accomplishment but when asked would say “all were witnessed other than one, which was seen by a crow”.

The family is at peace knowing the love Bob had for Jesus and the family reunion he is now experiencing. His heart remained full of love until he was called home. All of the Taylor Family wishes to express their most deep appreciation to the numerous caregivers and medical friends who have touched Bob and his family with incredible grace and compassion.

The Taylor Family will hold a private service per Bob’s wishes on Friday, August 5, 2022.

There will be a “Celebration of Bob Taylor’s Life Well Lived” drop-in for all of Bob’s friends and family held Friday, August 5, 2022, from 6 pm to 8 pm at the Greenville Country Club Riverside Clubhouse.