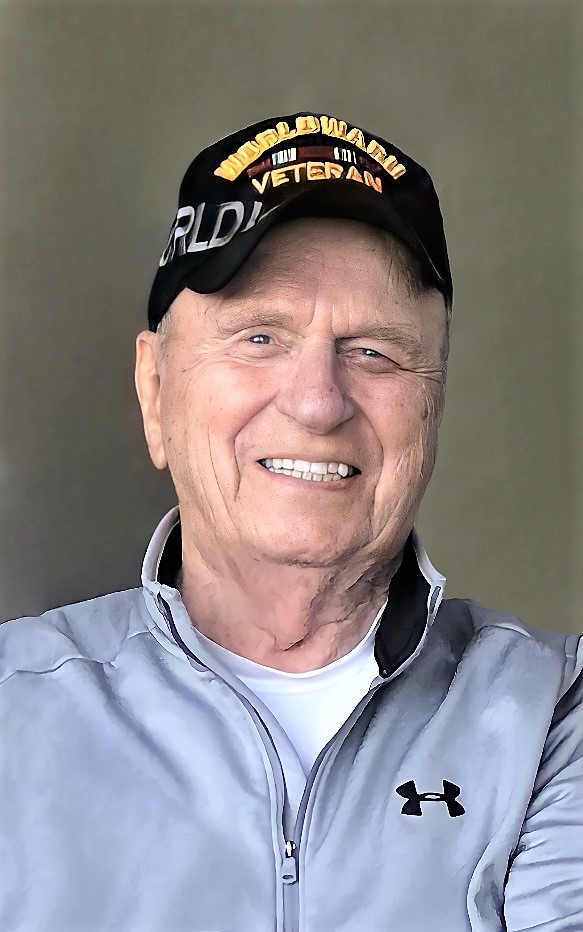 Roy was married to his beloved wife of 65 years, Mary, and they had two children, Carlene (Dave) Peterson and James (Kim) Evenson. He was blessed with five grandchildren: Ryan, Kathryn, Paige, Hailey, and Kyle, and one great-granddaughter, Tilly. He was a World War II US Army paratrooper who fought in the Battle of the Bulge with the 17th Airborne Division. For his service, he was awarded the Bronze Star. He also received the Purple Heart and Prisoner of War medals. After returning home, he worked numerous jobs until joining the Chicago Police Department where he served the City of Chicago as a patrolman for over 30 years.

Family always came first to Roy. His motto, which he passed on to his children, was “C.O.D.”. Call on Dad. He lived that motto every day as a loving father, grandfather, and great-grandfather. He loved to go to the casino and spending time with his grandkids and great-grand daughter, playing his “bingbong” game, puzzles, or the occasional poker match. You could find him most nights on the front porch with his sweetie, warmly greeting every neighbor who passed. He’ll be greatly missed by his family, friends, and community.

In lieu of flowers, the family requests a donation to the Gary Sinise Foundation to support wounded veterans by visiting www.garysinisefoundation.org.

To leave a condolence, you can first sign into Facebook or fill out the below form with your name and email. [fbl_login_button redirect="https://thomasmcafee.com/obituary/roy-evenson/?modal=light-candle" hide_if_logged="" size="medium" type="login_with" show_face="true"]
×